purplePTSD.com
Home News Is the Wild Card Game a Crossroads for the Vikings? 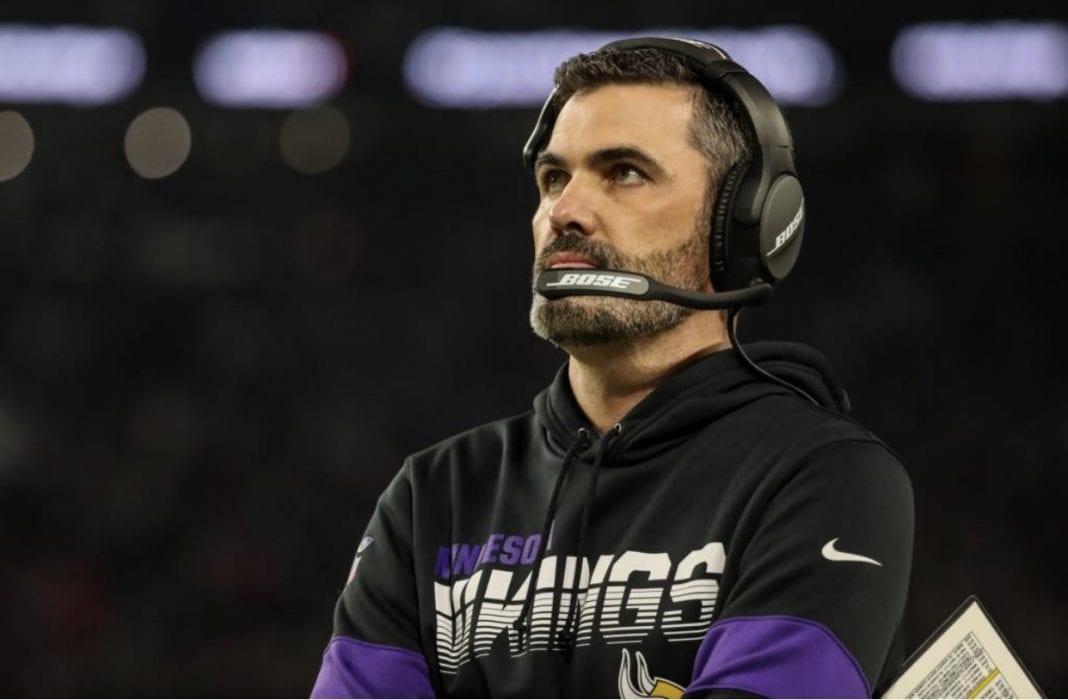 All the gloom and doom stories are out there for the Minnesota Vikings, who take on the Saints in New Orleans on Sunday in an NFC Wild Card game. From most national prognosticators predicting a Purple loss to the future direction of the franchise hanging in the balance, it appears most folks feel the Vikings are at a crossroads and a loss will turn them down a dark and dismal path.

Not so fast. As Mark Twain might have said, the reports of the Vikings’ demise are greatly exaggerated.

First, what we know. The Vikings are big underdogs in this game, they started out at 8-point dogs and currently the line is 7.5. The national scribes are all picking the Saints, and head coach Mike Zimmer even pointed out that an NFL Network playoff promo did not feature the Vikings (or the Philadelphia Eagles, for that matter), supporting the notion that no one is giving them a chance in this contest. And that has many of the Purple faithful gloomily predicting doom.

Now, we have the local ESPN reporter laying out the potential future for Zimmer, quarterback Kirk Cousins, general manager Rick Spielman and offensive coordinator Kevin Stefanski if the Vikings don’t win on Sunday. It’s not all happy news, but, to be fair, writer Courtney Cronin merely pointed out the possibility of changes rumbling through the organization if they don’t come out on top down in the Big Easy. That speculation has merit—there are always changes after a disappointing season, but we just don’t happen to cotton to all of them.

Let’s start with Zimmer, who in his sixth season here, has brought the team to the playoffs every other year. Upon his arrival in 2014, Zimmer rebuilt a very poor defense quickly and the unit has been in the top 10 for most of his tenure. It has slipped recently, as Cronin rightly points out, but age and injury are part of that, and it is not like the defense fell off the map. They have their own good reputation to go up against. In fact, although he was snubbed by the Pro Bowl voter, middle linebacker Eric Kendricks was named AP All Pro on Friday, a great honor for the anchor of Zimmer’s defense.

Zimmer’s option was picked up last season, which at the time was a vote of confidence. But it only brings up more questions about his status going forward. The team owners Zygi and Mark Wilf like Zimmer and what he has done here, so I don’t think he is going anywhere, and I particularly don’t like the thought of Jerry Jones in Dallas slow-walking his decision on Jason Garrett as it looks like he is a vulture hanging out in a tree by the Superdome waiting to see if Zimmer is a victorious Viking on Sunday or a dead carcass waiting to be snatched.

Win or lose, Zimmer stays and gets a new contract, in my opinion.

Spielman has made good draft choices before being named GM in 2012 and since then. The biggest personnel move he made recently was to install Cousins at quarterback, and that decision has bore some fruit this season. Cousins’ contract was huge, and it looked like a bad decision last season, but he was in the MVP discussions during his second season in Minnesota, so the jury is not out on him yet.

The cost for Cousins was the going rate at the time, but last year was bad. Cousins still has to prove he can win in a big spot in Purple, and that opportunity comes on Sunday. My prediction for the game earlier this week was for a 24-23 Vikings victory, so I will wait to see how it plays out before determining the fate of these two–but I agree with Cronin that they are linked.

Then there is the fate of Stefanski. As Cronin says, he will get plenty of attention as a head coaching candidate once the Vikings’ season ends. He could be gone, and I would hate to see it. More than anything, this offense, and Cousins in particular, could use some consistency in his coaches. He has had five different OC’s in the past six seasons, and this most recent combination of Stefaniak (Stefanski and Gary Kubiak) has done great things for him. To be able to build on the season he is having would be very good for Cousins and the offense.

But that isn’t likely to happen. Stefanski was interviewed by Cleveland last season and Cleveland wants to talk to him again—and others will come calling, as well. Even though Stefanski is in his first season as an OC, he has been with the Vikings since 2006 and will likely be interested in a new opportunity.

And that is just another reason why you would keep Zimmer. You need to know who you are going to replace him with once you let him go, and if you can’t get Stefaniak (or Kubski), I don’t see much better out there on the horizon. And as far as the thought of replacing Zimmer with Stefanski, it the Vikings don’t win on Sunday, isn’t part of the blame for that on Stefanski also?

Finally, Cousins will play out the third year of his contract in Purple. It is $84 million guaranteed, and I don’t see any other team lining to trade for it. Keep the offensive coaching staff stable for him next year and he likely improves. If he improves, then Zimmer and Spielman keep their jobs. The offense is pretty good with Dalvin Cook, Irv Smith, Jr., two Pro Bowl wideouts, an offensive line that got a little better and could continue to do so.

This allows Zimmer to backfill his secondary some (although signing Marcus Sherels to replace the injured Mike Hughes who was placed on IR Friday is not exactly what we had in mind), inject a little talented youth overall and return to form. This is not a team that should be on the verge of being blown up (as some out there are calling for) because they lose a Wild Card game in a conference that is loaded with a number of very talented teams.

Then again, if Zimmer is out-coached in this big game, Cousins can’t handle the pressure of the big spot and plays like he and the offense did against the Green Bay Packers on MNF, and the Vikings defense looks as lost against the Saints as they did against the Eagles in the 2017 NFC Championship game, then all bets are off. 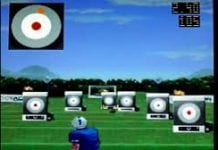 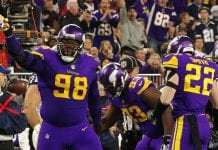 Forums › Is the Wild Card Game a Crossroads for the Vikings?