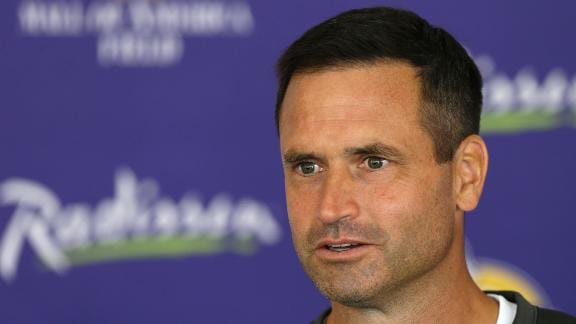 There has been a lot of talk about the numerous inconsistencies that this team has experienced this year. We can debate about our $84 million man, blame John DeFilippo, or scrutinize the offensive line all we want, but our special teams coordinator Mike Priefer is not without any blame.

In a controversial decision, it seems that the Minnesota Vikings are currently working to re-sign Mike Priefer. Whether it happens or not, with all the backlash that’s come from the news, I have to ask: Is Mike Priefer a problem?

As usual, we are looking towards our kicking problems.

Ahh, the Minnesota Vikings kicking curse. We all know it a little too well, don’t we? Surely I don’t need to remind you of the name Gary Anderson. Or how about Blair Walsh? And earlier this year we may have added Daniel Carlson to that list.

There’s a few glaring statistics that I would like to take a look at.

First of all, let’s take a look at Blair Walsh. Blair Walsh went from ranking 4th to 32nd in field goals under Priefer, converting 92% in his first year, to just 75% in his last.

Kai Forbath also ranked 1st in field goals in his first year as kicker, and 17th in his second year.

Rookie kicker Daniel Carlson was a complete flop under Priefer. He converted just 25% of his field goal tries, yet, after he was cut by the Vikings, he converted 94.1% of his field goals with the Oakland Raiders. You can’t chalk up a difference like that to just a scenery change.

Lastly, our current kicker Dan Bailey, who joined this team as the 2nd most accurate kicker of all time, has dwindled down to the 5th spot in his first season with us.

We’re on our 5th kicker in 7 seasons, and there is some speculation that we might move onto our 6th in 2019.

There’s a few takeaways here. Is Mike Priefer a good coach? Yes. He’s put together a phenomenal overall special teams unit. But are kickers comfortable in Minnesota? No. In fact, when Priefer was asked about young kickers & their struggles in Minnesota, he said ‘If a guy needs a mental coach, he needs to go elsewhere’.

The obvious decline of kicking ability from kickers under Priefer is no coincidence. It’s Mike Priefer’s job to ensure that kicking goes well here, and it’s not being done.

So, when we ask: Is Mike Priefer a problem?

The answer has to be yes.