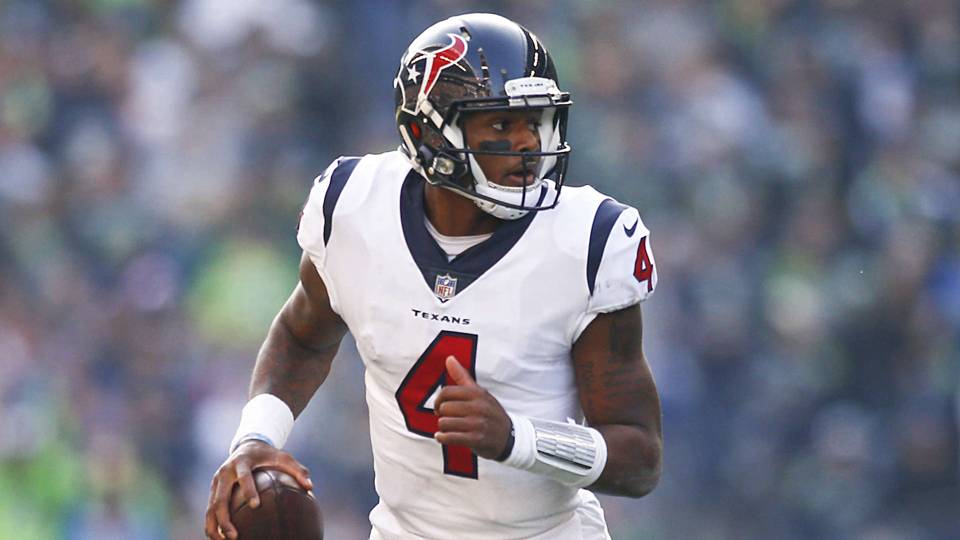 Deshaun Watson to the Minnesota Vikings became a more realistic possibility on Monday when NBC Sports’ Peter King detailed how the transaction could occur. Previously, Vikings quarterback Kirk Cousins was the subject of a rumors-only realm of trade talk. But when Peter King weighs in, the narrative earns a bit more credibility.

Watson, 25, is outwardly disillusioned with the Houston Texans – the team that drafted him in 2017. The franchise deprived Watson of his top weapon when it traded DeAndre Hopkins to the Arizona Cardinals in 2020. Then, the puppetmaster of that deal, Bill O’Brien, was fired months later. Houston finished 2020 with a 4-12 record, a disgusting mark for a team with Watson at the helm.

After that, the Texans reportedly did not engage Watson [as much as the quarterback would prefer] during the search for a new coach. And like that, voila, Watson requested a trade. Because Watson is a Top 3 quarterback in the business, suitor teams flocked to the Watson trade dialogue.

Evidently, the Vikings are in the mix. Of course, Minnesota has confirmed no such interest. But any NFL team not named the Kanas City Chiefs would be silly not to inquire on Watson’s asking price.

So, here we are. Deshaun Watson as the Vikings franchise quarterback is now floating around the digital stratosphere.

Before this week, all Cousins-related trade rumors were fabricated smoke. That is – folks that either wanted Cousins jettisoned from the Vikings or individuals that wanted to speak-into-existence San Francisco acquiring his services. There is a mindset that 49ers head coach Kyle Shanahan and Cousins would blend beautifully based on their two-year history with the Washington Football Team.

While Peter King may be merely capitalizing on those sentiments, his voice matters. He’s been around for a long time, and he doesn’t devolve into Skip Bayless-like fodder, designed specifically to agitate. King is trustworthy.

Also worth noting: The Vikings were not the only team mentioned amid his Watson trade brainstorming. In fact, about 20% of all NFL teams could land Watson, per King’s musings.

A Massive Outgoing Haul for Watson

This is what the trade would resemble according to King. It involves a three-way trade between the Vikings, 49ers, and Texans:

“The Vikings send quarterback Kirk Cousins to San Francisco. The Niners send Garoppolo to Houston, if, of course, he’d waive his no-trade. The Texans send Watson to Minnesota. In return: the Niners send their first-round pick in 2021 (12th overall) to Houston, and they’re out. (So San Francisco would be trading Garoppolo and a one to Houston and getting Cousins with two years left on his contract.) The Vikings would send linebacker Anthony Barr and running back Alexander Mattison plus their first-round picks in 2021 (14th overall) and 2023, and second-round picks in 2022 and 2023 in exchange for Watson. Houston’s haul: Garoppolo, two ones this year, a one in 2023, and two second-round picks.”

Cousins departing is obvious for any hypothetical trade deal that lands a new quarterback. Yet, Barr and Mattison are brand new to the situation. Barr has been a Viking since Zimmer took reins of the ship, so there would be some bittersweet emotions involved with his exit. As for Mattison, he would thrive inside the 49ers RB-by-committee scheme. What’s more, he would escape Dalvin Cook’s shadow, enabling Mattison to showcase his RB1 capabilities for the first time.

Make no mistake, though, this is an ungodly price tag for Watson. Is worth it? Maybe.

Minnesota would assuredly mortgage their short-term future if King’s deal transpires. Those two 1st-Round picks and two 2nd-Round selections are usually perceived as the bedrock of a team’s future.

In trading those four pieces — plus Cousins, Barr, and Mattison — Watson is instantly nominated as the torch-holder of the future. All eggs lie in the Watson basket – indisputably. The three current Vikings enclosed in the deal can be rationalized as trade bait for Watson. But the draft picks are the kicker.

Watson provides guaranteed relevance – for the next 12+ years – to any team that he will ultimately join. Call it a purple Holy Grail. Along with the Cleveland Browns, Chicago Bears, and New York Jets, the Vikings notoriously fail to solidify the quarterback position. Cousins has stopped the bloodletting for this tendency during the last three years.

Watson would be the almighty punctuation to Minnesota’s longstanding quarterback instability.

It might be feasible if the Vikings had a solid o-line. But what is unappreciated about KC is how well he performed with one of the worst pass-blocking interior o-lines in the NFL. Now Watson walks right into the same situation, but without draft ammo to retool the line, and with even less cap space to attract free agent linemen. Oh, and I can just guess how much Rick and Zimmer will want to “consult” with their 25 year old quarterback on major personnel decisions. It’s not a situation that would work for either Watson or the Vikings.

no, No, NO, HELL NO – This would be a monumentally stupid deal for the Vikings on par with the Herschel Walker trade. Zimmer and Spielman might as well have their bags packed if they do this.

And yet he would fail here in mn. Why? Absolutely zero protection. Imo cousins played about as good as any qb possibly could with his trash protection.. the entire left side is trash, center is super suspect as well. There is no excuse why we haven’t addressed this properly given we spent a fair amount of kirk. We need to give him the protection he deserves and then let’s see where we are at. Watson would loose his mind if he came here and was on his back every other Play. Pass protection is horrendous. Don’t rely on the stats. Go back and watch our line. Watch the lack of play development due to the pressure. Having a duel threat is geat, but he would be running for his life every godamn play, and that won’t open up the entire Game like we need. Look at bradys line, monsters, Roger’s line very good, an elite qb needs that. It’s amazing we haven’t ruined kirk yet fully with this issue. He is still able to stand and deliver almost every chance he’s given, did great last year considering, Imagine him with great protection, the entire game would change for us here in mn. Zimmer and Co seem to be hellbent on emotionally caring for certain guys like elflein and reiff instead of looking at this like an investment for our future. Its aannoying. We have many tools, just not the most basic.