How Bad Was Browning? I Re-Watched His Passes To Find Out 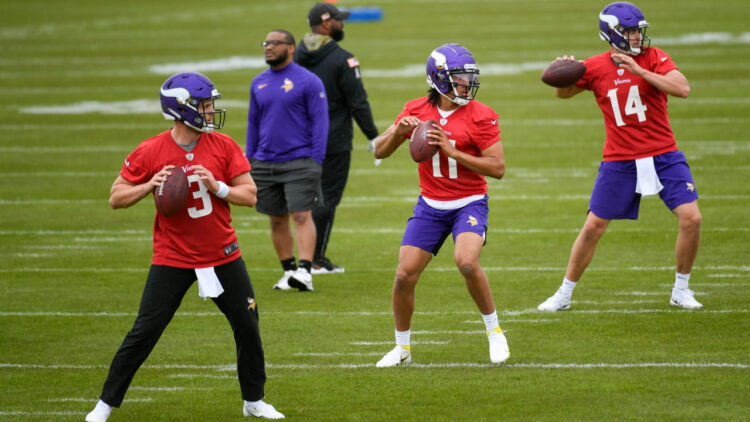 At this point, you know the story: the Minnesota Vikings’ Covid fiasco opened the opportunity for Jake Browning – the third-year UDFA – to finally get a shot at asserting himself. He responded with strong practices, solidifying himself as the clear-cut front runner for the purple QB2.

The end result? 5/10 passing for 31 yards. Oh, and he took a sack, a safety, and threw a pick-six. Yikes. To his credit, he understood that he missed an opportunity on Saturday:

Now that the dust has settled, though, I’ve been wondering about how poorly he actually played. There is some widespread concern among purple fans. Some have even called for a Teddy Bridgewater trade. I mean, we all know Browning didn’t play well, but how bad was it? Could the team around him have done more? Should he still be the QB2? These are the questions I was asking myself as I re-watched the four opening drives for our Vikings. These drives, in order, resulted in a 3 & out, 3 & out, a field goal, and then the aforementioned pick-six. Not good.

By the time Kellen Mond took over in the second quarter, Minnesota was down 23-3. There’s no way anyone can deem this a success. That being said, I’m going to argue that Browning’s performance wasn’t as awful as most of us (myself included) assumed. Let’s dive in.

So, How Bad Was Browning?

The simple answer is that he was really bad. If he was getting a report card, though, I wouldn’t give him an F. Maybe a D. Hear me out.

This was Browning’s first game action in a while. He was working with Minnesota’s 2s and 3s against many of Denver’s 1s. His receivers dropped passes and failed to make contested catches. The offensive game plan was dull and dry. All of these factors worked against him. Combine these things with the few positive plays and it’s not 100% disaster.

Mind you, Browning won’t get too many more of these performances before he slides down the depth chart (or worse yet, gets cut). All I’m suggesting is that things weren’t quite as ugly initially believed. There were some positives.