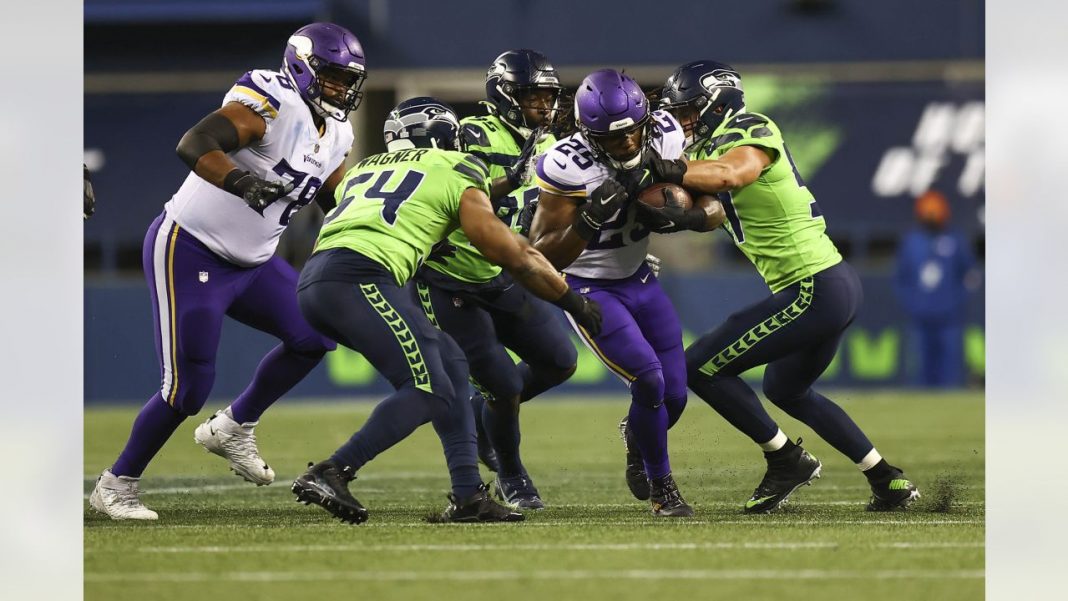 Dak Prescott and Dalvin Cook injuries certainly hurt a lot of fantasy teams this week, and with four very good offenses in the Saints, Seahawks, Chargers, and Raiders on bye this week, that doesn’t help. Even so, there are some good names that are probably on your waiver wire this week that you can pick up before your matchup this weekend. Here is one player from each offensive position to consider.

NOTE: The number in parentheses represents the rostered percentage of each player in ESPN fantasy leagues.

Mattison came in last week and did his best Dalvin Cook impersonation, tallying 20 carries for 112 yards. He may have made the wrong call on his fourth and inches run, but he was wildly productive outside of that.

I thought last week the Vikings would have to get away from the running game against Seattle, but they proved me wrong. Minnesota should have their way with Atlanta this week, and I expect Mattison to have another big day with Cook out.

I know, this one seems reactionary after last week’s game, but I really think Claypool can keep it going, especially this week. If you were under a rock Sunday and didn’t see or hear about last week, the rookie wideout had 110 receiving yards and 4 total touchdowns.

We all expected JuJu Smith-Schuster to be the number one receiver this year, but he has only gotten five targets in each of the last two games. Claypool may be emerging as the WR1 for the Steelers, which would allow Smith-Schuster to play from the slot where he has been most comfortable throughout his career.

The Browns have been a very good team this year, but the one area they’ve really struggled in is their passing defense. They are in the bottom three in terms of yards and touchdowns allowed this year. With Diontae Johnson’s injury continuing to be an issue, I am shocked that Claypool’s roster percentage is still this low given the favorable matchup this week.

You can almost certainly get Andy Dalton in your league for this week. Following Dak’s tragic injury, he came in and looked pretty decent, completing 9/11 passes for 111 yards. Dalton gets to work with a very talented receiver core for the rest of the season, and this week, he gets a matchup with an Arizona defense that has allowed eight touchdowns through the air and has only intercepted one pass this season.

Combining the favorable matchup with Dak out for the rest of the season, and no Drew Brees, Russell Wilson, Derek Carr, or Justin Herbert this week, Andy Dalton is not a bad choice to fill in. Not to mention Lamar Jackson and Josh Allen play each other’s teams, both of which have been great defensively this season.

I know, I had Ebron on this list last week, and it flopped. I don’t care; I’m in on him again this week. After starting the season quietly for the Steelers, he is now second on the team in routes run and targets over the last three games. The Browns have given up four touchdowns in the first five games to tight ends, and over 60 yards per game.

Ebron’s fantasy numbers have been limited due to his lack of scoring so far. He only has one touchdown in the first four games, but Cleveland has proven to be a favorable tight end matchup. With guys like Jared Cook and Darren Waller on bye this week, Ebron is not a bad choice to fill in.