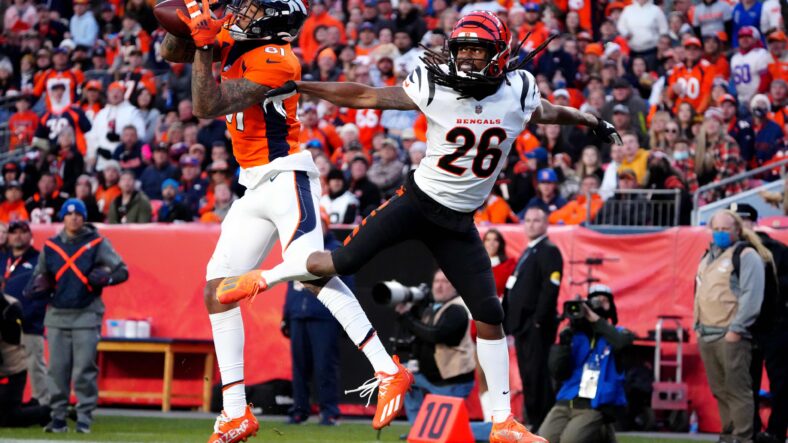 It looks like Trae Waynes is retiring from the NFL.

Waynes was supposed to help complete the Mike Zimmer defense. In 2015, the team used the 11th overall selection to bring Waynes to Minnesota. He eventually earned a starting spot opposite Xavier Rhodes, but he never lived up the expectations.

After leaving Minnesota, Waynes joined the Cincinnati Bengals. Unfortunately, injuries made his time with the Bengals challenging. He didn’t play at all in 2020 and only played in 5 games in 2021. His deal with the Bengals was for 3 years and $42 million. Even if he had stayed healthy, it would have been difficult to live up to those numbers. The Bengals moved on from him during the offseason, leaving behind $5 million in dead money. At 6’1 and having run a 4.31 forty, there was hope he could become one of the league’s preeminent corners. It’s unfortunate that injuries undermined his time with the Bengals.

Recently, Trae Waynes clarified that – despite some interest from teams – he’s not particularly interested in playing: “Multiple teams have actually called, but in my head I’m done. I’m not officially doing it, I’d say, just because I don’t do that shit. I’m retired, but it’s not like I announced it or anything.” He also notes that he’s “not really exploring anything to be honest with you.”

If this is indeed the end, he’ll will go down as a solid but unspectacular player. In five seasons with Minnesota, Trae Waynes put up 7 interceptions, 42 passes defended, and 247 tackles.