Feeling “Great” and “Positive,” Danielle Hunter is Ready for 2022 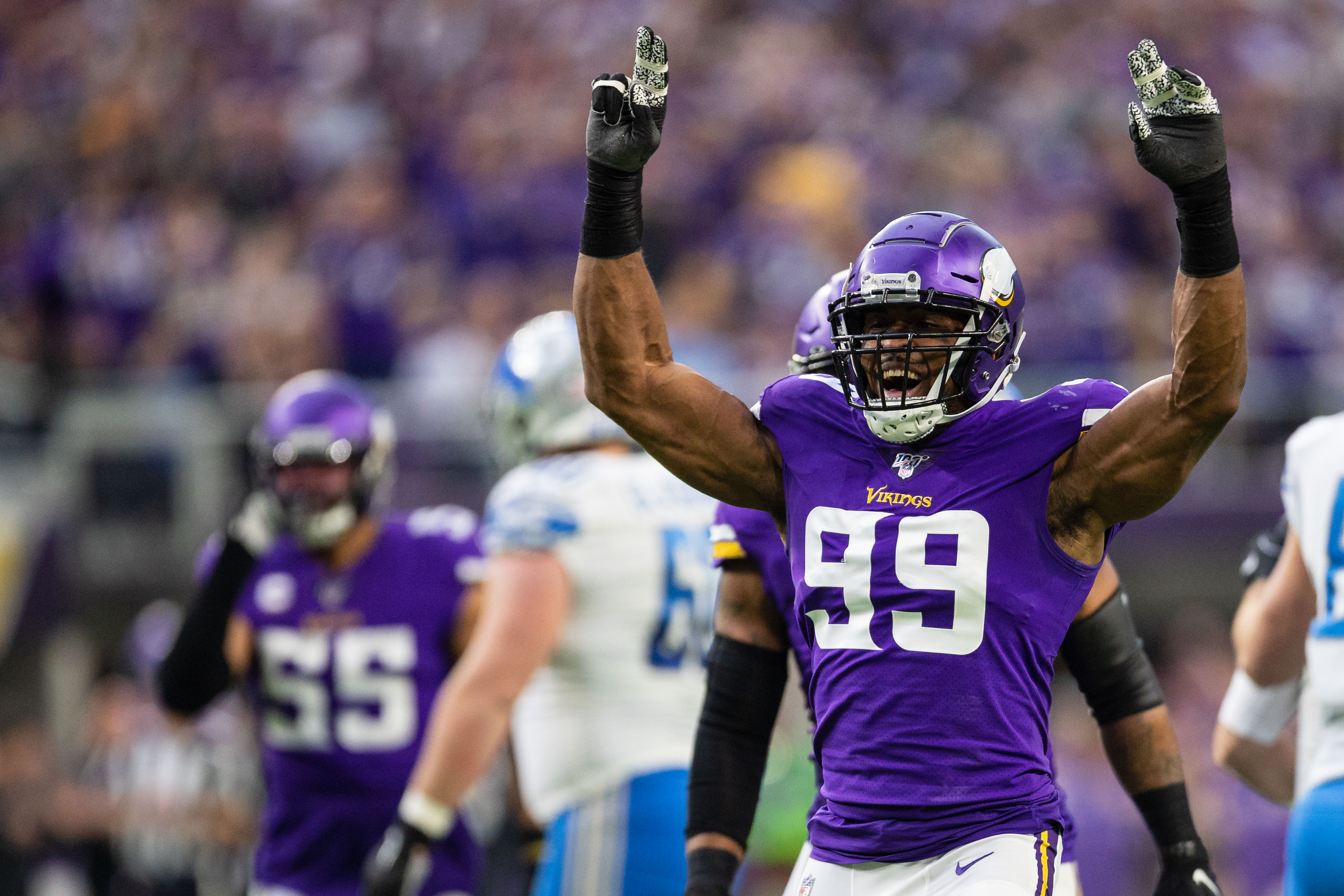 Sometimes, the most important additions a team can make are the ones that come from guys getting healthy. Kwesi Adofo-Mensah and Kevin O’Connell are hoping that’s the case with Danielle Hunter.

Earlier in the week, Hunter addressed his status heading into 2022. After stating that he feels “great,” Hunter elaborated on his overall mindset: “The last two years were pretty unfortunate but I just got to stay positive and have positive people around me. My family’s been there, coaches have been there. So I’m ready to go this season.” The positive perspective – one where he proclaims himself “ready to go this season” – is one that ought to encourage Vikings fans. Last offseason, there was dual uncertainty: the injury and the contract stalemate.

The potential is there for some contract issues, but KAM feels positive: “Obviously, that roster bonus was a call to come to the table and get in conversation, dialogue, and we had great conversation with Danielle, his representation Zeke (Sandhu), all members of this organization, and I can say we’re all in a great place. (Hunter) called me from vacation (in Europe) the other day. … You can hear the urgency, the motivation in his voice to kind of resume where he is as one of the elite players in this league, and we’re excited to have back.”

Danielle Hunter also expressed some enthusiasm about playing alongside Za’Darius Smith: “He goes against our quarterback and sometimes I just know what he’s going to bring to the table before he even gets out there. So it will be a good combo between us and all the defensive linemen we have.”

If both are healthy, the Vikings will boast one of the league’s most intimating edge rusher combos.

Keep in mind, though, that the defense operates as a collective whole. If the corners are immediately beat by the receiver, then the pass rushers will have very little time to get to the QB. The inverse can also be true. If the pass rushers get instant pressure, the corners won’t need to cover for nearly as long. What I’m trying to suggest is that Hunter and Smith won’t shine as bright if there is a massive talent deficiency in the secondary. Apart from Cameron Dantzler, there isn’t too much at corner.

In other words, the defense still needs some help to get back to being dominant.