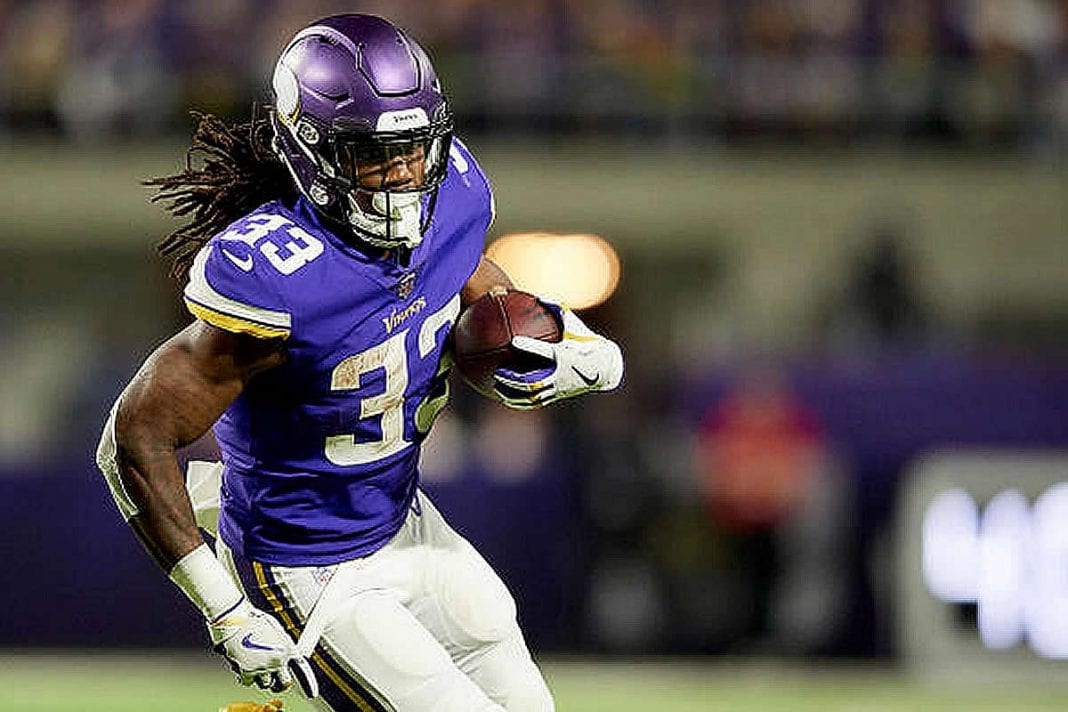 Yesterday over on our sister-site, VikingsTerritory.com, I discussed the pending extension of Vikings quarterback Kirk Cousins and how finding a way to extend him now should be topic 1A on the Vikings to-do list this off-season. If you already didn’t know/wake up in the middle of the night in a cold sweat screaming, the Vikings are dead last in cap space.

The hope would then be that the Vikings would open up some cap space by extending Cousins while also, you know, locking in the first legitimate sub-late 30’s chance at a franchise QB for the first time in my entire 35 years on this planet.

That open cap space would allow the Vikings to fill some of their pending holes on defense via free agency, limiting the number of major needs that they’ll have on draft day, which would allow them to invest heavily in the offensive line and hopefully give Cousins the time he both needs and when he’s had, he’s shown the ability to put up elite, even MVP-level numbers.

What is topic 1B?

It actually is heavily intertwined with the first topic, and that’s the pending extension of stud Vikings running back Dalvin Cook. That topic was the… Topic of an article over on ESPN today by Courtney “Don’t call me CC” Cronin.

As she points out, Cook was responsible for over 38.1% of the Vikings offensive touches in 2019, best for ninth… Best in the NFL. It’s not just the amount of touches he had, though, it’s also the impact his game had on the ground and through the air. Having a legitimate threat at running back helped open up the passing game, as well, and that importance should mean that the Vikings will pull out all the stops to ensure that Cook stays with the team well beyond 2020.

That’s not all good news, though, as Cook has yet to play an entire 16-game season and it doesn’t take a rocket scientist to know that the more touches a running back has the more likely the chance will be that they’ll accrue more injuries. So, the fear is that the Vikings will end up signing Cook to a max-ish deal, only for him to end up missing significant chunks of time over the next few years.

Ironically, because Cook missed half of his first 32 games in the league, he still hasn’t reached 32 full games played out of a potential total of 48. However, the best-case scenario would be for the Vikings to retain Cook but to spell him with his workhorse doppelganger Alexander Mattison. You obviously don’ want to give Cook X amount of millions only to then restrict his ability to live up to that deal, but perhaps the number should be closer to 30% than 40%.

What does Cronin think that X should stand for?

She looks at the Dallas Cowboys’ Ezekiel Elliot as an example, and well, I’ll just let her explain:

“The Dallas Cowboys’ Ezekiel Elliott reset the market ahead of the 2019 season when he signed a six-year, $90 million deal that included more than $50 million in guarantees and set his annual salary at $15 million. The Rams gave Todd Gurley a four-year extension in 2018 (coming off a career-best season) worth $57.5 million with $45 million in guarantees ($14.375 million annual salary), making him the league’s second-richest running back. After sitting out the 2018 season, Le’Veon Bell signed a four-year contract last offseason with the New York Jets worth $52.5 million with $35 million in total guarantees.”

While Cook has a strong case to get paid in the $13-to-$15 million dollar range that four running backs in the league make, the fact is that he really has only had one good season and that means that it might make more sense to him to wait on his own extension a least until a significant amount of time has passed in the 2020 season. Although, running backs don’t just typically have fluke seasons like that and so it’s not as if they’d need him to prove his talent in 2020, but again, he’d have to at least prove his ability to stay on the field.

Cronin argues that the Vikings “might” value Cook at somewhere between $8 and $10 million, which is a pretty significant gap. Considering that this next contract will be Cook’s largest in his career and thus his best chance to cash in on his talent before all those touches wear him down in his late 20’s, I don’t think that he’d be anything but ready to sit out should the Vikings approach him with a deal in the $8 million per-season range.

The question posed by Cronin after that is whether or not Cook would be worth $13-to-$15 mil. I would argue that it is pretty obvious that he is, at least when he’s on the field. The Vikings are a run-first team and especially with Gary Kubiak being elevated to offensive coordinator, he should be in for an even better year in 2020. Kubiak was around for one of the few “fluke-y” running back seasons when Terrell Davis was nigh-unstoppable in the late 90’s whilst playing for the Denver Broncos.

Mike Shanahan’s system, one that Kubiak still runs (his version of), was known for creating stud running back after stud running back and so when you have a hyper-talented running back like Cook chomping at the bit to run in that system, it’s hard not to really want to see how that’d pan out. However, as alluded to above, the Vikings do have a strikingly similar back running behind Cook in Mattison and if Cook does want more towards $15 million, they could let him walk and perhaps not miss out on much with Mattison being able to shoulder the workload in Kubiak’s super running back friendly system.

Or, they could find a best of all worlds scenario, one in which they find a compromise with a contract that’s worth between $10 and $13 million, and with a contract that has more time-based benchmarks (if he plays < 50% of games he receives $8 million, 75% $10 million, 100% $12.5 million). That’s a gross simplification but you get the idea. That way, the Vikings can ensure that if Cook goes down, the team (or its ability to sign or resign free agents) doesn’t go down with him.