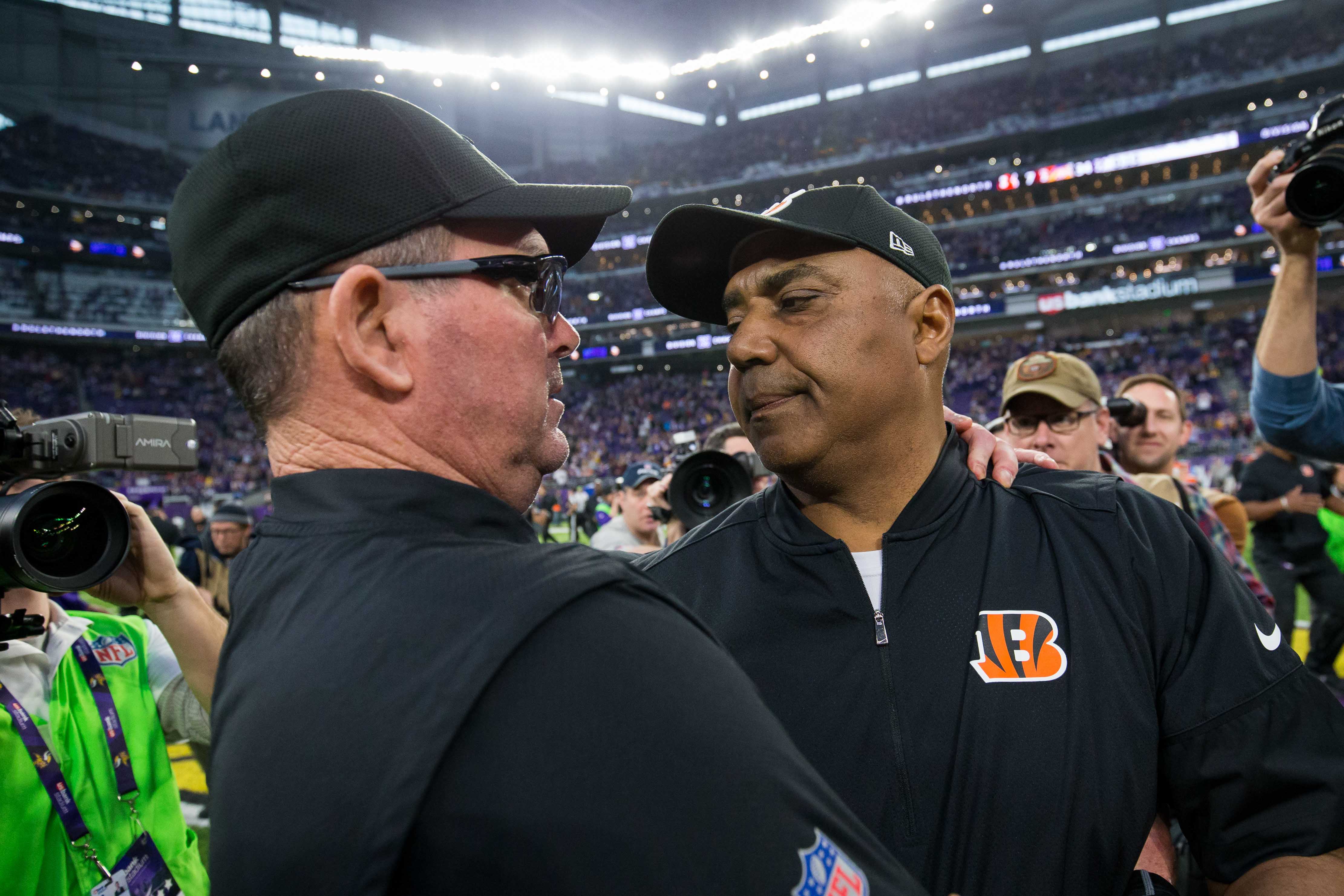 Vikings fans may revolt if this occurs, but an early PFF mock draft has our Vikings choosing a corner in the first round. They have us at 19th overall, a pick that goes toward CB Kaiir Elam. Here is what they have to say:

“Elam being this low on a mock draft might turn some heads, as he was getting some top-10 hype before the season. He might end up there, but for now, I still think the top-20 range is his comfort zone.

His 65.7 coverage grade so far this season is a bit disappointing after posting coverage grades in the 80s in each of the past two seasons. But at 6-foot-2, 200 pounds, Elam presents the kind of length and athleticism you want to invest in.”

Underwhelming coverage scores are concerning, but a long, athletic corner with upside certainly makes sense for a Mike Zimmer team. Earlier, Josh Frey wrote about positions the Vikes may be targeting in the upcoming draft. His take on the Vikings happens to corroborate the PFF mock insofar as Josh similarly sees corner as a position of need: “Minnesota signed Patrick Peterson, Bashaud Breeland, Mackensie Alexander, and Xavier Woods this offseason, but all three are on one-year deals. They gave Harrison Smith an earned extension as well, but the four other veterans are due to hit free agency. If the Vikings can’t add more veteran presence once again, the draft should be loaded with cornerback talent, highlighted by probable top-five selection, Derek Stingley Jr.”

Josh is right. We have built up some depth in our secondary, but it could quickly evaporate. The hope is that Cameron Dantzler will be able to show that he deserves a starting spot as he takes over for Patrick Peterson in the next few weeks. Even if he does, though, we’ll find ourselves pretty thin out there. It’s possible we’ll be able to retain our veteran additions in the secondary, though we can’t bank on it. Plus, the Vikings will surely be looking to bring in young competition.

Some other notable names from the PFF article are iOL Tyler Linderbaum, iDL Jordan Davis, and corner Andrew Booth. There’s an eternity between now and the draft, so a lot will change. Just rest assured that corner is never a long shot as long as Mike Zimmer is in town.