Do the Vikings Have a Main ‘Storyline’ for Training Camp? 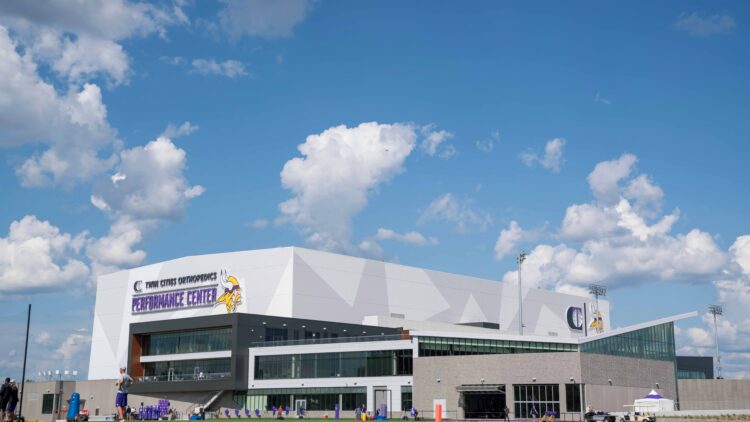 The Minnesota Vikings know who will be utilized as starting quarterback, running back, two wide receivers, tight end, safeties, two linebackers, and some portions of the offensive and defensive trenches. From Kirk Cousins to Brian O’Neill, some of the roster positions involve no mystery.

For other spots, it is not so clear.

As an example, the cornerback room is suddenly deep. A combination of rookies Cameron Dantzler and Jeff Gladney as the 2020 training camp forecast has changed into a robust 2021 camp battle for CB1 and CB2, interweaving talents like Patrick Peterson, Bashaud Breeland, Mackensie Alexander, Harrison Hand, and of course, Dantzler (maybe Gladney in time, but that is unlikely right now).

Then, it is undetermined if the young pieces of the offensive line — particularly Wyatt Davis Christian Darrisaw — will earn starting jobs for Week 1 at the Cincinnati Bengals. Because Minnesota’s offensive line has long underperformed from a pass-protecting standpoint, the fruition of its straight-from-the-draft offensive line is probably the most anticipated development to watch at training camp for curious fans. But that might be a “local” fascination, derived from a thirst to finally experience a pass-protecting offensive line that isn’t crummy.

Nationally, the primary storyline is a more recent phenomenon: How will the Vikings recover from the NFL’s worst pass rush in 2020?

“Where is the pass rush? Minnesota, which had a franchise-low 23 sacks last season, is hoping that Danielle Hunter is fully healthy after missing all of last season with a neck injury. If he’s not, it could mean trouble for coach Mike Zimmer’s defense, which is thin on the edges, where there is not a double-digit sack performer other than Hunter.“

The Vikings had a frequent sacker of quarterbacks in Everson Griffen prior to 2020, but he left the team for other pastures like the Dallas Cowboys and Detroit Lions.

Griffen is now a free agent, though, after those brief stints.

The first free-agent move of 2021 brought Stephen Weatherly back to the organization. Weatherly filled in for Griffen admirably at times during his first stint with the Vikings but did not take off with the Carolina Panthers, with whom he spent 2020.

Now, he is arguably the frontrunner to start for the Vikings in 2021 opposite Danielle Hunter.

His brand of chaos will be dependent on Hunter who, as mentioned by Trotter, returns from a scary neck injury that caused him to miss all of the pandemic season. If Hunter is quickly reminiscent of his 2019 form — fabulous. Should he take a while to hit his stride, Weatherly might encounter a humdrum output. See: Ifeadi Odenigbo in 2020 without Hunter.

If the Vikings do not have plans to groom Weatherly on the defensive line as a standalone starter, the forecast is slippery. That would leave D.J. Wonnum, a 2020 rookie that showcased some memorable moments — or Patrick Jones II, a 2021 rookie plucked from the University of Pittsburgh.

If camp progresses and it is evident that other EDGE spot could stand an upgrade, general manager Rick Spielman has about $12 million in the bank to perhaps spend on a player like Justin Houston, Olivier Vernon — or even Griffen.