Collectively, Vikings Fans Are Experiencing a Mix of Hope and Confusion 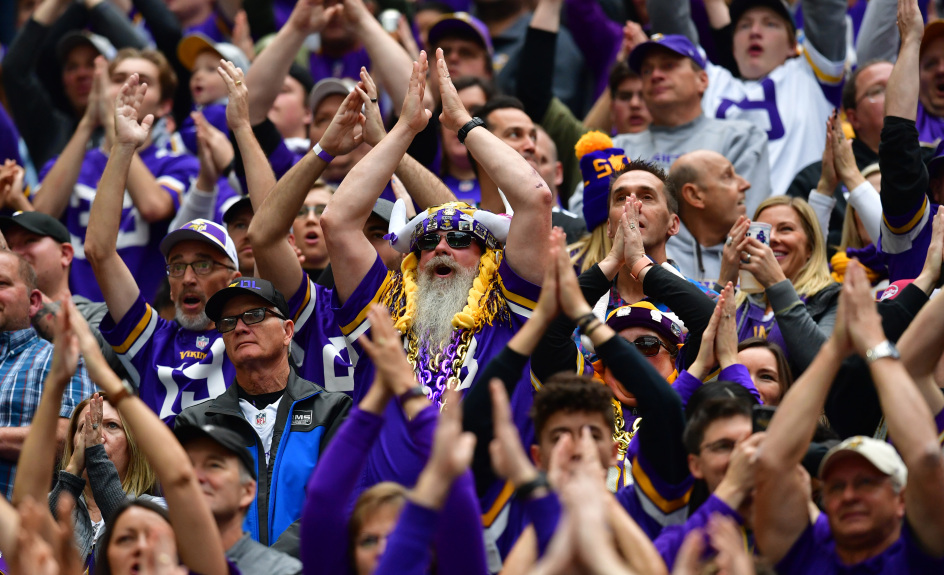 Vikngs fans perform the Skol chant before kick off against Philadelphia in the first quarter of an NFL football game at U.S. Bank Stadium in Minneapolis on Sunday, Oct. 13, 2019. (John Autey / Pioneer Press)

Never a dull moment, folks. Yesterday’s win reminded me of that great moment in Dumb & Dumber when Lloyd totally redeems himself. Of course, the foolish Vikings fan ought to avoid getting too optimistic. These are, after all, the Minnesota Vikings. What I’d suggest, though, is that Vikings fans try to overcome the hope and confusion.

The more pessimistic fans in the crowd will inevitably lean on their years of heartbreak alongside the recent history of letdown and struggle. Like a bird flying south before a tough Minnesota winter, these Vikings have made it routine to let down its fan base at precisely the moment things are looking good. I’ve said it before, I’ll say it again: there’s no time to be more worried about the Vikings than when they appear to have it all together. A flawless performance from the specials alongside strong efforts on O and D? I’d be lying if I said I wasn’t at least a little worried.

Nevertheless, Vikings fans ought to avoid totally abandoning hope. The team went on the road against a good Chargers team; they won. After securing their two-score lead, the defense did enough to hang on as the Chargers were forced into a field goal. From there, the offense successfully executed a 4-minute offense to drain the clock. Mercifully, the team’s coaching staff decided to prioritize Justin Jefferson. The defense, moreover, decided to play. Without Patrick Peterson, Michael Pierce, Anthony Barr, Danielle Hunter, and Harrison Smith, Minnesota held the Chargers to a mere 20 points. That success, unsurprisingly, coincided with holding them to 82 rushing yards. Well done, Zim.

So, that brings us back to the state of Vikings fans: how much hope should they have?

As you may have guessed, I’m arguing for a middle ground. In Anglican theology, the via media often takes center stage. It’s a theological concept that strives toward balance between Christian traditions in pursuit of nuanced, thoughtful positions. I don’t imagine there are too many Anglicans in the crowd, but the broader point remains. Vikings fans would be wise to lean into the via media, the middle way between a world (and fan base) with so many extremes.

It’s victory Monday. Treat it as such. Enjoy all the articles that highlight the team’s strengths and great performances (especially the ones right here on Purple PTSD!). On Tuesday, start to think about those Cheeseheads and their QB who somehow doesn’t need to follow the rules.

If they beat those Packers, it may be time to bypass the via media as fans fully pursue hope. Until then, do your best to avoid those extremes.

Also Read: An Outside The Box Idea to Help Fix The Vikings Coaching Staff