Can the Vikings Defense Slow Down the Green Bay Offense? 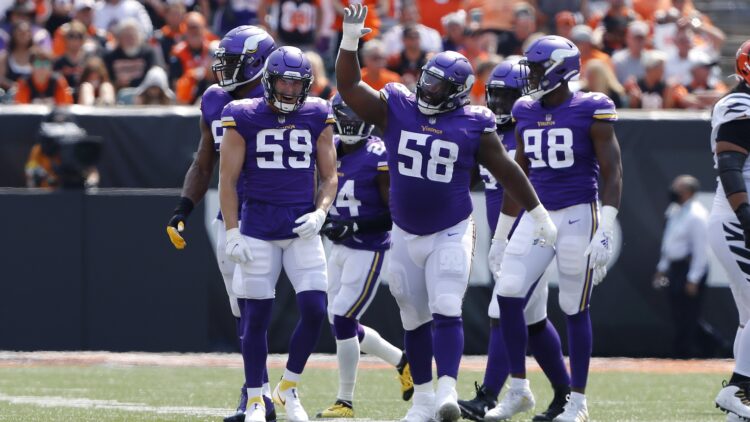 The Minnesota Vikings have no time to celebrate their 27-20 victory over the Los Angeles Chargers. The Green Bay Packers come to Minnesota in Week 11, and an upset over the conference-leading Packers would be huge for the Vikings playoff hopes. Perhaps the biggest question going into Sunday’s game is whether the Vikings defense can slow down the Green Bay Offense.

A strong Vikings defense has always been a staple in Minnesota. However, unlike years prior, the Minnesota D has been unable to keep offenses off the scoreboard. Injuries have plagued them, most notably on the Vikings d-line (Danielle Hunter and Michael Pierce). This has led to the Vikings D ranking in the middle or bottom of the league in Tot YPG (23rd), Rushing YPG (28th), Passing YPG (14th), and PPG (16th). These are discouraging numbers, but the Vikings D could be returning several vital members before their match-up against Green Bay. LB Anthony Barr, SS Harrison Smith, and CB Patrick Peterson all are looking to return this week.

With the potential return of several key pieces and the Vikings defense coming off a signature performance, they must set the tone on Sunday. With Aaron Rodgers and Co. coming to town, there are three musts for the Vikings defense to slow down the Packers offense:

1. Control the Line of Scrimmage

Believe it or not, the Green Bay offense isn’t flowing exclusively through Aaron Rodgers. The offense has been balanced, averaging around a 55/45 pass to run plays this year. A big reason for Green Bay’s offensive success is their 4.2 YPR. The tandem backfield of Aaron Jones and A.J. Dillon has put the Packer offense into favorable second and third-down situations. With Jones out this week, it will be up to the Minnesota defense’s front seven to control the line and limit big chunk runs from A.J. Dillon.

The banged-up Vikings defensive line has successfully pressured opposing QBs, leading the league with 3.2 sacks per game. Rodgers has been somewhat human this year due to the Packers’ uptick in QB pressures (18 sacks this year compared to 20 all last season), holding Rodgers to a 101.9 Passer Rating (9th best) and only 242.9 PYG (14th best). Minnesota’s defensive pressure is pivotal to a Vikings win.

With Aaron Jones out of Sunday’s game, the Packers offense could use more pass options. Davante Adams is already one of the most targeted players in the league, and the Vikings D should be ready for more of the same. Regarded as one of the best pass-catchers in the league (3rd in TGTs, REC, YDS), Adams is a home run waiting to happen. With the potential return of Patrick Peterson and Harrison Smith to the line-up and Green Bay’s lack of depth at the receiving position, look for the Minnesota D to shadow and double Adams throughout the game.

Building off an impressive Week 10 performance and the return of several key members should have the Vikings fanbase excited about their defense. As we transition into the second half of the season, now would be a good time for the Vikings D to start playing like the smash-mouth purple and gold defenses of years past. Look for a rejuvenated and competitive Minnesota team on Sunday.