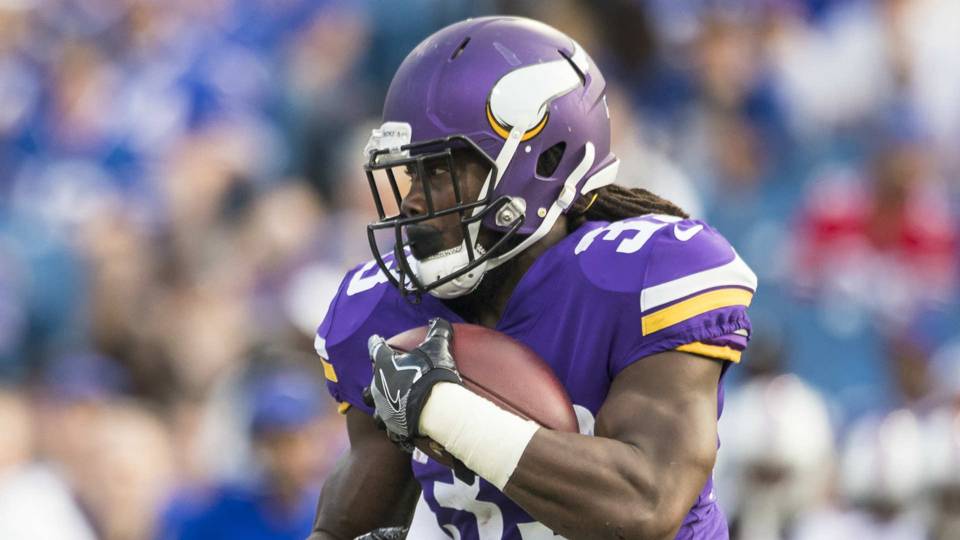 The Vikings backfield was one of the most surprising parts of our even more surprising season. A lot of us considered ourselves playing with house money the day Bradford was done. The rest of us were about done with it all the day Dalvin Cook went down in the Lions loss. With McKinnon being a great change of pace back but not a workhorse and Murray still favoring his ankle up to that point the running game looked like it was going to be dead on arrival.

Week Five comes and we run out a backfield of Bradford’s corpse and McKinnon. Bradford doesn’t last long but McKinnon goes on to rip the Bears for 145 total yards and a touchdown. McKinnon would go on to lead us through the Packers with 69 yard and a touch just in time for Murray to get to full strength and take over the workhorse load and stake his claim with 113 yards and a touchdown over the Ravens. The rest of the season would become a committee that would lead us to be the 10th ranked rushing team in the league.

There’s really not a whole lot to say here. Dalvin was an absolute monster through those first four games averaging 4.8 yards per carry for 354 yards good for third in the league at the time. Cook has the potential to be our next great running back, with insane vision, cutting and the homerun speed to boot Cook will be a star here for a long time. 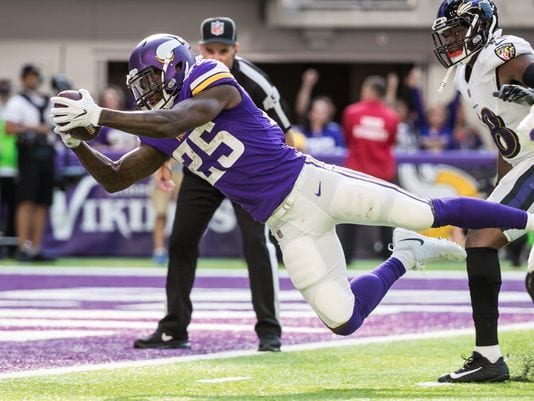 Murray came over to us on a very friendly contract of three years for $15 million. We are only on the hook for the first year and the last two years being options. Murray originally came to us as a probable Peterson replacement and untill Cook started to fall in the draft it looked like he’d be our guy with McKinnon being the change of pace. Murray ended up being that guy and he played about as well as we could hope. Going for 842 yards and eight touchdowns Murray lead the backfield with 216 carries. With tremendous speed for his size (6’3 230) he’s a handful to take down.

There is a lot of talk right now of letting Murray walk to free up a little more cap but with very few large contracts needing to be dealt this offseason I don’t see why we wouldn’t bring him back for another year and have a bit of thunder and lightning with him and Cook.

Jerick has been one of my favorite Vikings year in and year out since he joined us back in 2014. He has such a rare blend of equal speed, power and balance.  He is the prototypical 3rd down back whose amazing on the stretch and out of the backfield. McKinnon turned in a very good 2017 season with 570 yards on the ground and 421 through the air for five total touchdowns. However all this has been bitter sweet as McKinnon has let it be known that he wants to be “The Guy” which means most likely we will not be seeing him in purple and gold next year. 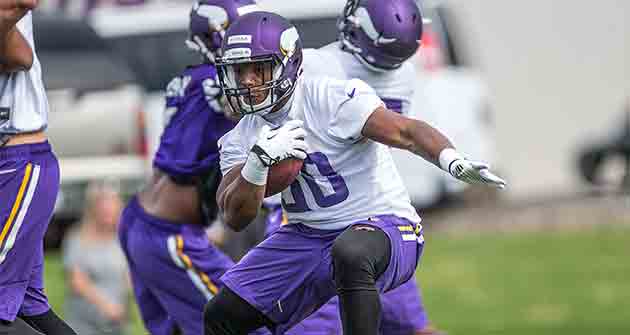 CJ Ham is just another one of our feel good stories that is panning out very nicely. Through time on the practice squad and a lot of hard work Ham has turned into a very serviceable fullback. Not only leading the way for our tailbacks but his history has one himself has shown itself a couple times last season. With a rushing touchdown and 68 yards receiving on 7 catches he’s proven versatile and a replacement running back in a pinch. CJ Ham’s biggest praise comes from Pro Football Focus ranking him as the 11th best fullback this last year

Mack Brown and Bishop Sankey likely will be cut.

Everything below is assuming we keep Murray

Yes, I believe we should not shut the door too quick on McKinnon. McKinnon has filled a role perfectly for us since his draft day, I think combining this with the fact I don’t think he’ll command the market he thinks he will he could potentially come back. There are a few spots I think he could land and have a bigger role (like the Giants with Shurmur) but I don’t see a place where he’s going to be the lead back.

I think the Dolphins will most likely retain their third down back in Williams but if he does end up hitting the market he could be a good replacement to McKinnon as they have pretty similar play styles and is a real threat in the passing game. While not as good of a runner as McKinnon is that’s not as big of a deal with the likes of Cook and Murray on the roster. He has a nagging shoulder injury in 2017 which really limited his playing time but towards the end of 2016 he had really come into his own as a receiver and runner. Look for to keep making strides in both facets.

Cunningham is a player I’ve always loved and he’s always fit the role of scat back very well. With the Bears having Howard and Cohen I’d say it’s a decent chance Cunningham is looking for a new home. With a small, strong frame Cunningham does well bouncing runs outside and catching the ball in the flats. Being an experienced special teamer also comes with it’s benefits as Zimmer loves his gunners. This will be a much cheaper option than the above two as he’s never really flashed any kind of starting ability.

Again assuming that we have Murray, we won’t be spending a very high pick if one at all at tail back. However there’s some very good late round options and with Spielman’s tendency to hoard picks we will probably pick up some in the later rounds.

Kyle Hicks battled some injuries and a rise in play time from Darius Anderson but his impact was never short changed. Gifted with an immense amount of burst off the handoff and elite elusiveness in the open field Kyle Hicks has the potential to be a gamebreaker. While his senior year disappointed his junior year was phenomenal as he posted 1,082 rushing yards, a team high 47 catches and 14 total touchdowns. Hicks would fill the third down pass catching role with ease and he’s projected to be between a 4th-6th rounder.

Dalyn was an absolute workhorse for the Rams this last fall. 226 carries amounting for 1399 yard and 9 total touchdowns he looks like he has the production to be a star in the NFL. However a lot of people are scared of his size and if he will take the punishment of the NFL. Standing at 5’9 and weighing a measly 185 lbs he’s likely to be too small to be handing the ball off too. That being said he proved he can be a weapon in the passing game and could develop into a nice swing back/slot receiver.

Roc Thomas is this years Tarik Cohen. Small, fast and shifty coming from a tiny school. Shown to be excellent in the swing and screen game he makes big plays in the open field. It’s always a big time risk with these small schools and the level of competition though, he played very little pro level talent and it makes it harder to judge his ability especially with his size. With 1065 yards rushing and 13 ground touchdowns he’s definitely shown that he was the five star recruit he started out as but questions still arise when it comes to him not in the open field. Even against the lesser competition JSU faced he still struggled running between the tackles and needed the open field to put his game to work, in other words he’d need to be schemed for and not just plug and play.

Likely to be a undrafted free agent Johnson has some skills that he could flash. A powerful in between the tackle runner that has the uncanny ability at receiver. With just one drop in 64 targets Johnson has the ability to catch every ball. There are massive question marks with his ability to run though. Johnson a lower your shoulder and plow type of back has show below average vision and with his average speed he’s an extremely mediocre runner as shown by his production his senior year with just 796 yards and 7 touchdowns.

What to watch for at Combine/Pro Days: 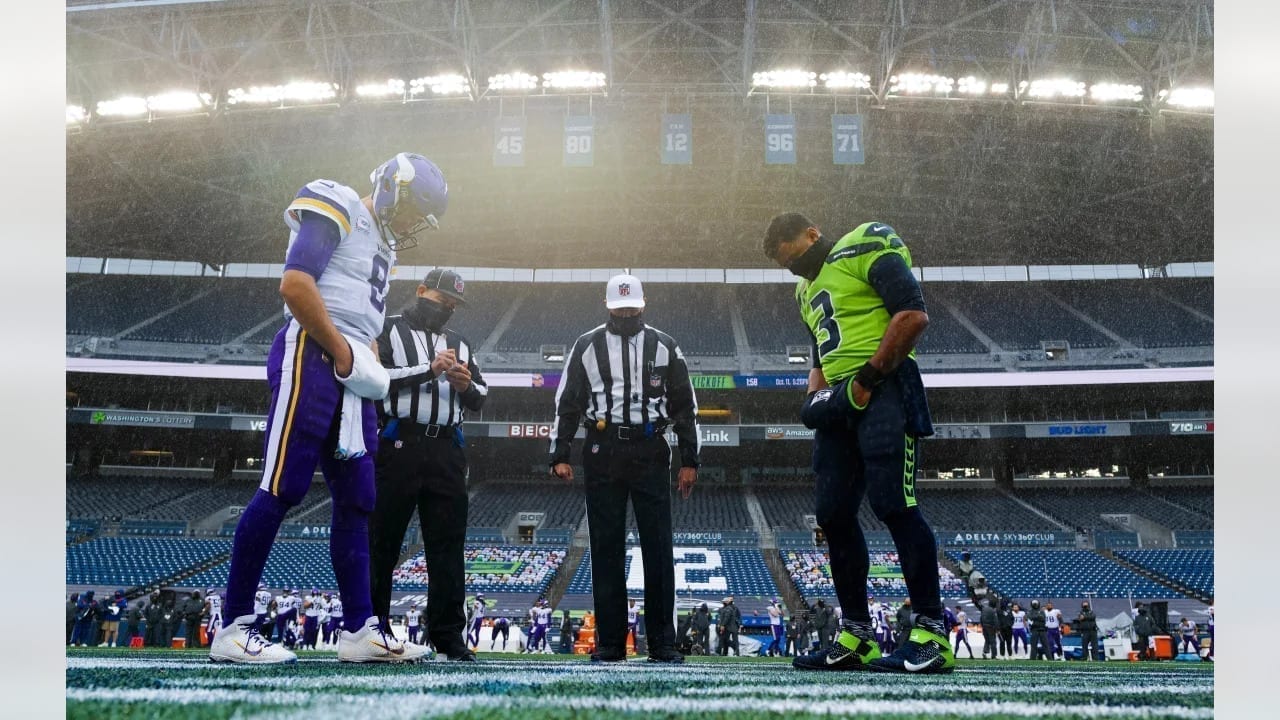 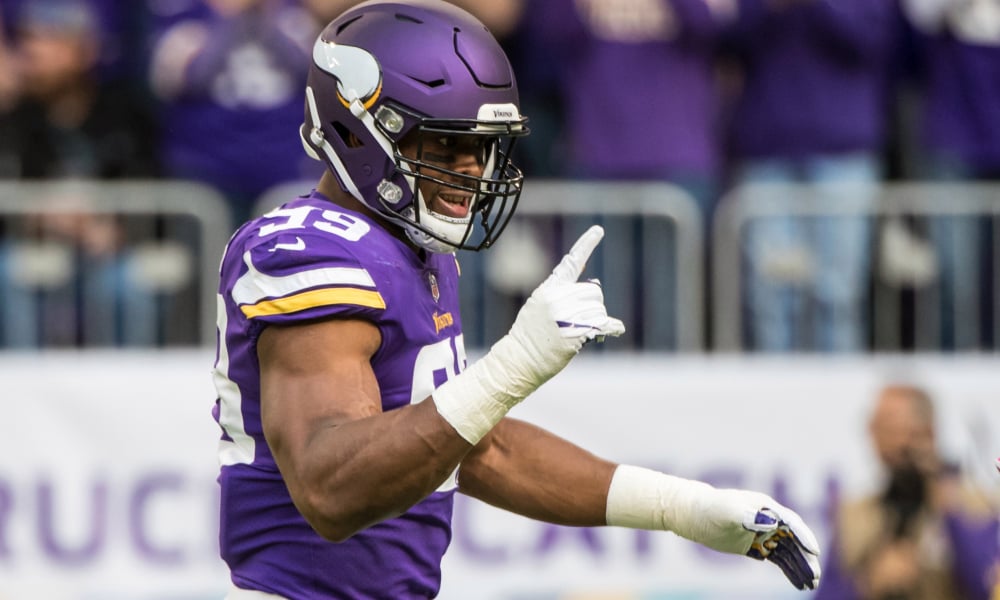 Well done. Great analysis and info to get a good feel for what this positions should look like and who to expect. Look forward to other positional analysis.

I’d much prefer keeping McKinnon if possible. We have limited draft picks and would hate to burn one on a RB when we don’t have to. We currently don’t have a 4th or 7th.