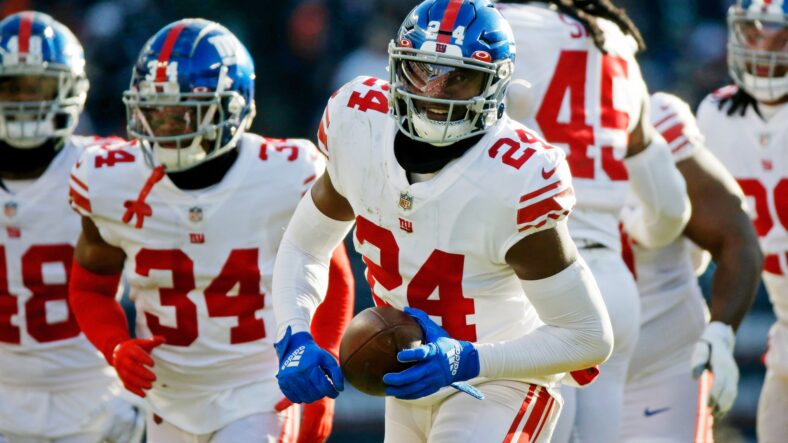 The conclusion of the NFL Draft is largely considered as the closing point of the NFL offseason. Whatever a team’s roster looks like after the event is largely what it will look like when training camp opens up. However, every once in a while, something happens after the draft that turns attention back to roster construction. Such an event took place on Monday afternoon when the New York Giants released their starting cornerback, James Bradberry. Due to this surprising turn of events, the question must be asked, should the Vikings pursue the veteran CB?

Bradberry’s release took place as a result of the franchise being unable to find a trade partner for the six-year veteran. He was drafted in the second round of the 2016 class by the Carolina Panthers. After spending four seasons down south, he jumped ship and headed to the BIg Apple where he played each of the 2020 and 2021 seasons with the Giants.

The 28-year-old (it’s worth mentioning Bradberry will be 29 by the time Week 1 rolls around) has never been a true lockdown corner in the NFL, and thus it makes sense that the Giants did not want to pay him the $15 million that he was due in 2022.

undeniable that the new free agent carries a great deal of value. This lies heavily in the fact that he is always available. Bradberry has played in 92 of 97 possible regular season games since he entered the league, and he has started 91 of them. He is undoubtedly a worthy starter at the NFL level.

Sure, Bradberry hasn’t always been part of the most outstanding defenses in the NFL, but this availability is infinitely valuable in a violent league like the NFL. Especially for a Vikings team that will likely be starting a soon-to-be 32-year-old Patrick Peterson, they need to have a backup plan.

The talent of Cam Dantzler and Andrew Booth is likely good to enough to carry a decent pass defense, but there is still a noticeable lack of depth behind those two young guns, assuming that Chandon Sullivan doesn’t have a sudden breakout season in year five.

The Vikings Could Pull It Off

A move for James Bradberry seems possible for the Vikings for one reason: no one wanted to pay him when he was available on the trade market. Per Over The Cap, the Minnesota Vikings have about $8.2 million in effective cap space left. The two sides would obviously have to compromise for this to work.

However, if Bradberry is willing to take a one-year “prove it” deal, the Vikings pass coverage group could go from solid with some depth, to elite with incredible depth. Keep an eye on Bradberry, folks. 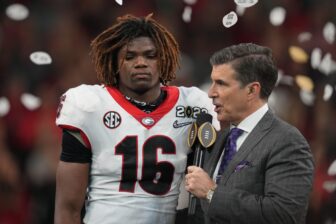 Also Read:
“It looked like they were just trading to trade:” NFL Execs Comment on Vikings Draft