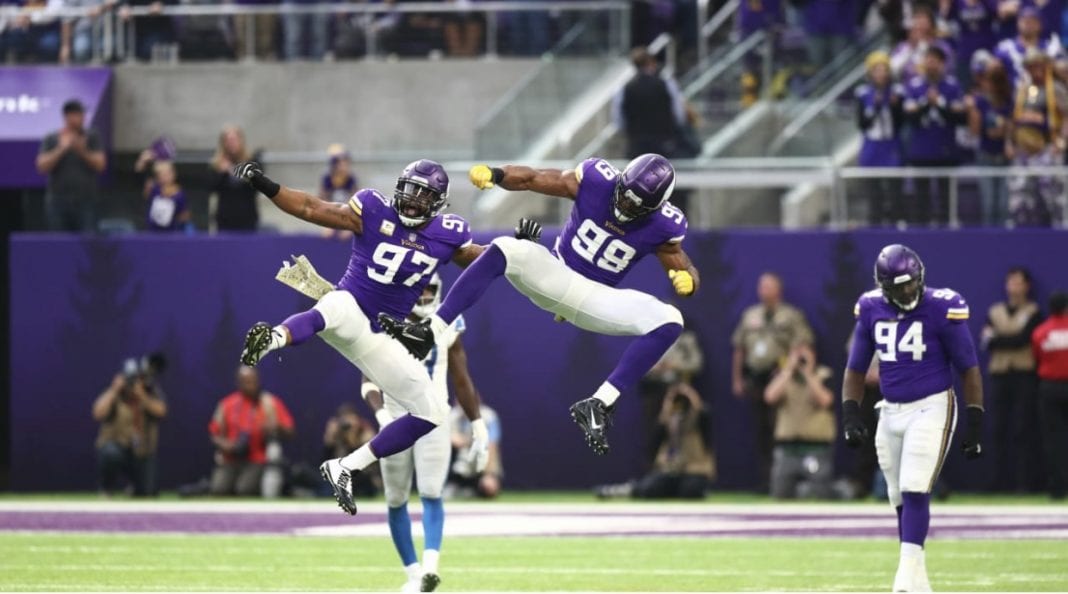 In the wonderful annual windows through which we watch the Minnesota Vikings, there are few things that are conclusive. Yet, when the Vikings go on the road to play a Sunday evening game against a competent opponent like Dallas, and most of the NFL-watching world believes our Minnesotans will lose, there remains one conclusion we can count on whether the Vikings win or lose: Minnesota Viking fans will find something to complain about.

A subject of recent complaint these past few weeks has been the Vikings’ defense, and following the Dallas game, fans were in their usual crabby moods on the radio talk shows. I prefer “Vikings Vent Line” on SKORNorth. One person, who seemed to be gagging in gripe, said she almost wished the Vikings had lost because the defense was so bad. There were more callers like her, although their levels of vitriol were more muted.

Take a deep breath, people. Shoot, connect yourselves to an oxygen tank and take several of them.

Our Minnesota Vikings have won five of the last six games. The goal is to win games. That is the only goal. Discerning fans do not care how it is done, but if the Vikings walk off the field with more points than their opponents, that’s the only thing that matters. Period. Paragraph.

In the last two weeks, the Vikings have gone on the road to face the league’s No. 3 offense (Kansas City) and Dallas, which remains the top yards-producing team in the NFL. This season, the Vikings faced four Top 10 offenses. The other two are Detroit and Atlanta. The Vikings are 3-1 against those offenses.

The Vikings also have a Top 10 offense and until Sunday, they had a Top 10 defense. The Vikings defensive strategy was to shutdown the Dallas running game Sunday night. It was the correct strategy because Dallas quarterback Dak Prescott is at times erratic throwing the ball. Prescott had to go to the air for offense and thanks to extraordinary amounts of time to find his pass catchers—he netted 397 passing yards on the Vikings. Good for him. But had the Vikings’ defensive backs held onto passes that Prescott served up to them, Minnesota would have had three interceptions instead of one. So there’s that.

And this. Several Dallas receptions were made outside of the playing field. For fans that love sideline toe-tapping catches, Sunday night was a real treat. However, it is challenging enough to defend the 6,396 square yards of a football field’s playing surface. It seems that fans now hold Vikings’ defenders responsible for covering the three-or-four yard area outside the edges of the playing field. News flash: Those passes cannot be defensed. Not yet, anyway.

If anyone is going to figure out how to do that, however, it’s Mike Zimmer and his coaching staff. After playing the two of the top three offenses in the last two weeks, the Vikings have slipped out of the Top 10 in total defense. It’s temporary. By this time next week, the Vikings will again be, statistically speaking, back among the league’s stingiest defenses.

The only thing for certain is this: Vikings fans will be complaining about it.