purplePTSD.com
Home News A Dad’s Journey to the Hall of Fame 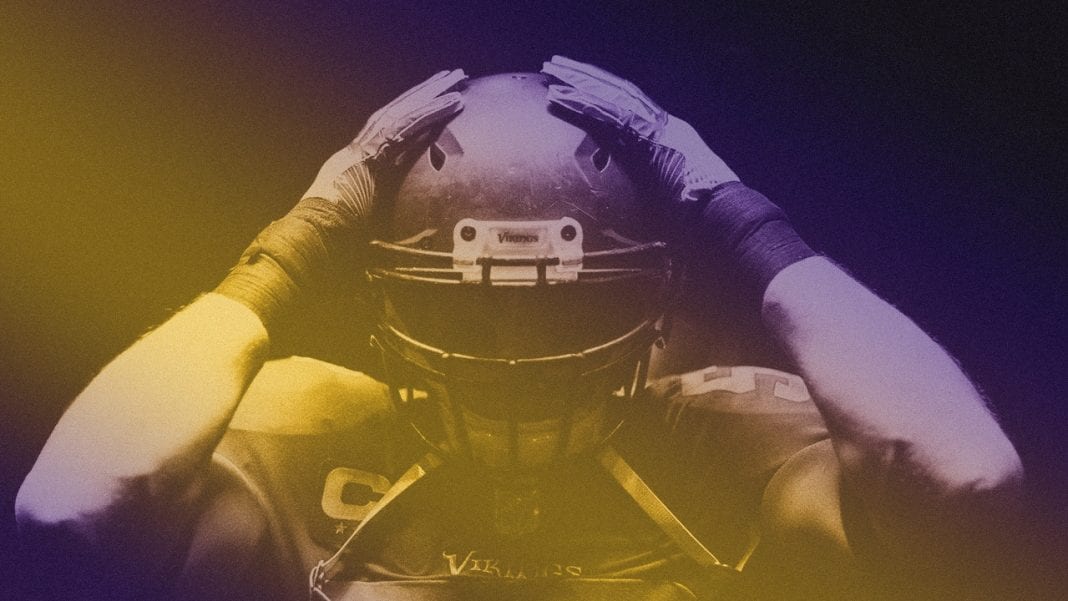 My dad introduced me to football. Between him and my brothers (with whom I tossed a ball around on the side of the house each fall and kicked field goals through the outstretched branches of large tree in our front yard), football became a part of my life in the early 1960’s. But it was mostly because of my dad, who loved the game, and passed that love onto me.

My dad had season tickets to the University of Minnesota Golden Gopher football games from the time before they won their seventh National Championship in 1960 until he didn’t want to make the drive home to Mankato after a night game in the Metrodome (he would have loved watching them this current season). He also split season tickets with a friend of his for Vikings games at old Met Stadium to share with his family—and when I became of driving age, I would get a set of those tickets to make the trek with my friends, solidifying my love for the game.

I took many a trip from Mankato up Highway 169 in the fall for Gopher games with my dad, and I remember countless frozen afternoons in the bleacher seats of the right field section of the Old Met (Section 34), cheering on the Vikings in the playoffs with him. We tailgated, we imbibed, we laughed and we shared times that became part of us, and led to weekly Sunday night phone calls to discuss the results of the latest Vikings tilt long after I left home and moved to the Twin Cities and eventually started covering the team.

I remember our last game together—who could forget it, no matter how much we’d like to—the 1998 NFC Championship game against the Atlanta Falcons. I had purchased two fourth-row seats in the endzone, right under the goal post for the Vikings’ two playoff games. I took my son the first week to watch the Vikings take apart the Arizona Cardinals and then took my dad to the championship game.

His bad knees prevented him from being able to jump out of his seat as quickly as the younger fans around us, so he missed a bit of the action. But he recognized right away the trouble that the sack-fumble of Randall Cunningham near the end of the first half (leading to a Falcons score right in front of us) did portend for the home team. When we watched Gary Anderson’s kick sail wide left in our endzone, yet heard the cannon go off that erroneously signaled a score, we knew before others that it was really a death knell.

And so it went, as we exited the stadium in funereal silence that the end of our watching games together in person at the stadium was at hand. He retired his in-person fandom to a permanent seat on his Barcalounger in West Mankato, where we would watch the occasional Turkey Day game or Vikings game if I was in town. Still, I had wanted to make one more football pilgrimage with him, to a place neither of us had ever been: the Pro Football Hall of Fame museum in Canton, Ohio.

But just like traveling to the stadium for games became more troublesome and were avoided, so did travel, in general, and we never were able to make the trip before he passed away (mere weeks before I started covering the Vikings for CBSSports.com). I happened to mention that fact to my wife once and, of course, she ran with it. Last Christmas, she presented me with two passes/memberships to the Hall of Fame—one for me and one for my oldest son, who now is obsessed with the game as much as I was at his age. And by the time we got around to making the journey, it became a trip for our entire family—including our three adult children. And I know my dad was there with us, as well.

The entire family is in varying stages of Purple fandom (my wife is the reluctant football widow, Seth, the rabid Purple bleeder, son TJ is a fan and increasingly coming to the game and the youngest, daughter, Paige, an MSU-Mankato grad who loves cheering on her fellow alum, Adam Thielen), but we were all one that day walking through the halls of Canton.

The first sight walking in the door at Canton is a life-size playing card of former Gopher Bronko Nagurski with the words Minnesota emblazoned over his shoulder. My dad would have loved that. It seemed to foreshadow to me that indeed Minnesota would be represented in this Hall even though I feared it wouldn’t be extensive. (As time went on, the Purple became harder to find, but we did our best to seek it out.)

The layout of the circular Hall of Fame building makes for a bit of a maze-like stroll through its hallowed corridors, and it might have prevented us from seeing all the exhibits, but around every corner is some great history to experience, and we did our best to soak it all in.

I must admit that I was familiar with some of the exhibits having gone to the NFL Experience at the two Minnesota-hosted Super Bowls, but watching my family experience them was worth the price of admission. When their entire body could barely stretch above up the plaster reproduction of (technically, former Viking) Gilbert Brown’s legs, it was with enjoyment that I watched their amazement in discovering just how big NFL players are.

We examined a wall on which every team’s record for each season is logged on a color-keyed wall. You are able to find when different teams entered the league, how they did and how long they lasted. We spotted the Vikings’ best seasons, and I, of course, pointed out their winning of the last NFL Championship before the merger in 1970—it’s a title, that’s my story and I am sticking to it.

The board showed the years of the Duluth Kelleys/Eskimos and Minneapolis Marines, both of which I heard about, but also the Minneapolis Red Jackets (of the late 1920s and early 30s) a team I was unfamiliar with. We all learned something this day.

Seth photographed the football exhibit in which Brett Favre, as a Minnesota Viking, became the only quarterback in the NFL to beat all 32 teams, when he beat the Green Bay Packers. (The locker room that was half Packers and half Vikings that had been in the Hall when Favre retired has since been changed for the new inductees—believe me, I asked to see it.) Seth’s fandom grew during the Favre years, so it was his favorite exhibit in the Hall.

TJ was interested in learning how players made it to the Hall of Fame and asked plenty of questions (it reminded me of when he was very young and had little  interest in sports until one day asking me how he could get trophies like his brother, and I told him you have to play some sports—he proceeded to collect the most in the family). I explained the process and told him about my friend and golfing buddy, Mark Craig, who covers the NFL for the Star Tribune and once lived in Canton and is now an elector for the Hall. (I made sure to find out from him the best spots to eat and drink while we were in town).

Paige, the youngest who is becoming every bit the pigskin fan of any in this crew, really enjoyed the bronze bust room of inductees. We took her and her sibs’ pictures in front of every Viking we could find—it was most impactful to see Randy Moss’s bust, as he is the name they all recognized the most. My wife, Lora, made it her mission to have her picture taken with Fran Tarkenton’s reproduction as he was always her favorite Viking.

I tried to find all the Vikings I could, Bud Grant, Cris Carter, Mick Tingelhoff, Alan Page, Carl Eller, Paul Krause and Randall McDaniel. My only regret is that I forgot to seek out John Randle, who was inducted in 2010, the year I started covering the team—it was a big mistake. We also missed (due to a timing issue) the locker room exhibit in which a hologram of Joe Namath walks and talks you through it, which, I was later told by Craig, is not to be missed. Definitely a return trip is needed—maybe my kids will take me, after the Vikings win the . . .  .

We went through the Super Bowl exhibit section, we had to, since I remember all the Vikings Super Bowl games. The Purple is in the exhibit, but it certainly isn’t highlighted—and that is just as well. After a close examination of the Lombardi Trophy (metaphorically behind a glass case and untouchable to these Vikings fans), we moved on fairly quickly to the gift shop (of course, there is a gift shop) where we found all the Purple we could afford.

When we first plotted this trip (that included a visit to President McKinley’s mausoleum for my wife, the president geek), we had no idea how it would work since this journey started many years ago with my dad. How much would it mean to my kids whose knowledge of the league is not yet like mine is or my dad’s was? But I discovered that their passion for the game has grown over the years, and they clearly had a great time.

The next day, we drove back to Chicago to drop off Seth on the way to Minnesota. As I steered the car along the endless pavement with colorful fall trees dotting the landscape, the time flew by since there were two phones (one for the front seats and one for the back) streaming the Vikings-Detroit Lions game. I smiled for miles.