No Surprises on Thursday’s Week 13 Injury Report for Vikings

The Minnesota Vikings have released their Thursday Week 13 injury report, and there are no surprises compared to Wednesday’s list of injuries. The same four players from Wednesday appear once again, and the only addition is Ben Ellefson, who was activated on Wednesday on the final day of his 21-day designation period. Here’s the full list of injuries from Thursday:

The biggest takeaway from this injury report is, of course, Christian Darrisaw still being a DNP. The Vikings star left tackle has not participated in five consecutive practices now, and he is trending towards missing his second consecutive game with a concussion. Ellefson was the only other DNP on Thursday, but that is to be expected as he continues to recover from his groin injury suffered back in Week 4.

It’s all positives for the rest of the report, though. All three of Akayleb Evans, Harrison Smith, and Dalvin Tomlinson were listed as full participants and look like they’ll be available to play this Sunday. Evans and Tomlinson both practiced in full on Wednesday as well while Smith gets upgraded from Wednesday’s limited status.

As for the New York Jets, there are few changes to their injury report, either. The same seven players from Wednesday appear again on Thursday. Here’s the full list and statuses for New York:

Three players remained out for the Jets on Thursday, including their starting RB Michael Carter as well as OT Cedric Ogbuehl. If the two of them miss Sunday’s game against Minnesota, it would be a significant blow to the Jets offense. Carter leads the Jets in rushing yards and has been crucial since Breece Hall’s season-ending injury.

The two teams will release one more injury report on Friday before meeting at U.S. Bank Stadium this weekend. The game is scheduled for Sunday, December 4th at 12 PM CST. 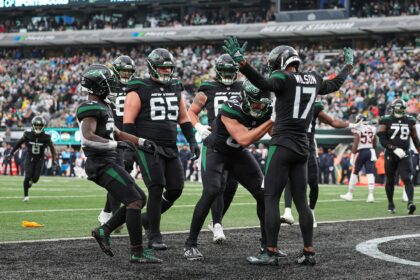 Also Read:
Get to Know the Vikings Opponent: Week 13 vs. New York Jets