There Are Notable Names on the Vikings First Injury Report

The Minnesota Vikings released their first injury report for Week 10 on Wednesday. On this first report, there are a number of very notable names. These players include the following:

The Vikings may run out of walking boots at this rate with how many ankle injuries are hindering some key starters. Currently, all four players on the injury report are starters, and three of them didn’t participate at all.

Perhaps most notably are the absences from CB Cameron Dantzler and DL Dalvin Tomlinson. Tomlinson suffered a calf injury against the Arizona Cardinals back in Week 8 that held him out of the Commanders game this past Sunday. Then, Dantzler was forced to exit the Commanders game with his injury, and rookie Akayleb Evans finished the game in his place.

Luckily for the Vikings, the defense performed well against Taylor Heinicke despite these losses. However, if Josh Allen is able to play, it’s undoubtable that the Bills offense is an entirely different beast from the Commanders.

Another potential problem this Vikings team could run into against a ferocious Buffalo defensive front is the Garrett Bradbury injury. Over the first three seasons of his career, this may not have seemed like a huge deal, especially considering he was flat-out benched in 2021 for a stretch of the season.

However, the tune has changed with the Vikings starting center in his contract season. Bradbury has performed valiantly and completely earned his spot as the starting center with his play this year. Of course, the Vikings have a few potentially capable players behind him in either Chris Reed or Austin Schlottmann.

When Bradbury was forced to leave the game for two plays on Sunday, it was Schlottman who filled in, but that is because Reed was once again inactive. We’ll see if Reed is activated now that Bradbury is on the Vikings first injury report.

To close out on this Wednesday, let’s talk about a positive aspect of this injury report. First off, after appearing on the report throughout last week, Za’Darius Smith appears to be fully recovered from his knee injury suffered against the Cardinals. Additionally, Jalen Nailor has recovered from the illness that kept him out of Sunday’s game, and he should return to the field against Buffalo.

As the week progresses, we’ll continue to monitor these injury reports and bring all the news your way regarding both teams. 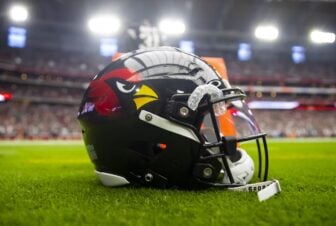