Zimmer is Back into Coaching 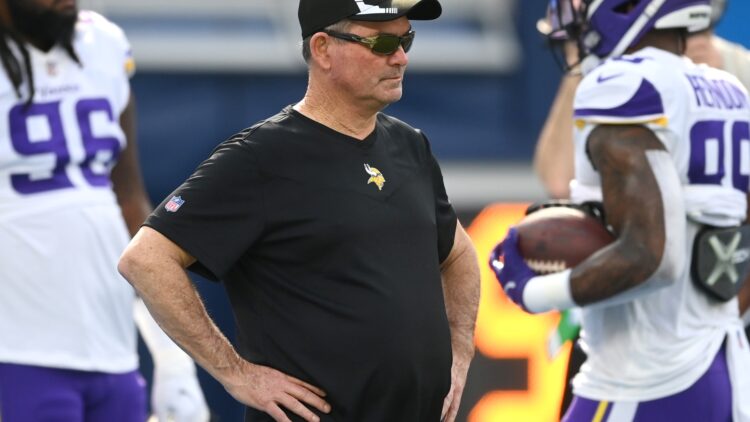 At the beginning of the offseason, Mike Zimmer was fired following a disappointing 8-9 season with the Vikings.

Since then, a lot has been written about his time in Minnesota. More recently, we’ve seen news about him joining The 33rd Team, a site that features plenty of former players, coaches, and executives.

The latest news explains that Zim will now be coaching alongside Deion Sanders. Sanders is the head coach at Jackson State. Apparently, Minnesota’s former HC is impressed by what Sanders is doing for his college program: “He can open up so many doors for these young men but I’m extremely impressed with the way he’s teaching them about life and not just football.” He also said that the “pay’s not good” before suggesting that he’d “do anything for [Sanders].”

PFT offers a few thoughts on how things may work: “Zimmer definitely isn’t one for fluff stuff. He’s an old-school, Parcells-style coach who’s stingy with praise and generous with criticism. It’ll be interesting to see whether Sanders steers Zimmer away from that style, or whether they’ll do a good cop/bad cop thing when players need some tough love.”

As many football fans know, Mike Zimmer was the defensive backs coach for the Cowboys when Sanders was in town, and their ongoing friendship was evident throughout Zim’s time with the Vikings.

Zimmer also spent time coaching with the Falcons and Bengals. In Cincinnati, he developed the reputation for being one of the best defensive minds in the NFL. His PFR page also suggests that he has quite a bit of experience coaching in college. He worked for Missouri, Weber State, and Washington State before heading to the NFL.

Forced to guess, I’d say Zim gets another job in the NFL within the next couple years. By the end, it was probably best for the Vikings to move on from Mike Zimmer. He did have .562 winning percentage in his time in Minnesota, though. Of course, his best year came in 2017 when the Vikings were a win away from heading to the Super Bowl.

With Sanders, Zimmer will get a chance to stay around the game he loves. Perhaps it’ll be a good opportunity for him, one that helps him get his next shot in the NFL.