If you’ll recall, Davis was supposed to be the long-term solution to the Vikings right guard troubles that had plagued them for multiple years. Minnesota selected him the third round of the 2021 NFL Draft with the 86th overall pick.

Unfortunately, that plan never worked out, and the group of third-round picks from this draft class became infamous for the Vikings as all three of OL Wyatt Davis, QB Kellen Mond, and LB Chazz Surratt were cut prior to the start of the 2022 season.

Prior to being cut, Davis did appear in six games for the Vikings during the 2021 season, but all of his snaps came on the special teams. Not once did he break into the offensive lineup despite continued struggles across that o-line last year.

When Minnesota cut him, Davis eventually signed with the New Orleans Saints and was stashed onto the practice squad. He finally made his debut on an NFL offense in Week 5 against the Seattle Seahawks, playing a pair of snaps in New Orleans’ 39-32 victory over Geno Smith’s squad.

Since then, he has not seen the field at all, even for special teams. This led the Saints to cut him on Tuesday, and Davis promptly hit the waiver wire for the second time in 2022. Around 24 hours later, Davis heads to his third NFL team after the Cardinals claimed him on Wednesday afternoon.

The Wyatt Davis saga continues, but it remains a cautionary tale for NFL Draft prospects. Davis was widely considered to be a “sure thing” at the right guard spot, and many outlets graded him as a second-round pick. That clearly has not been the case so far in his NFL career for a multitude of reasons. We’ll see if he gets things turned around on team number three. 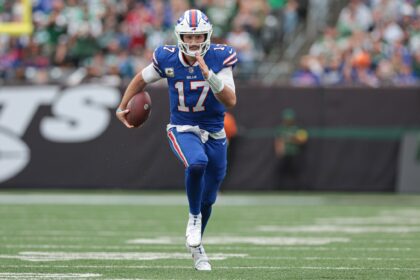