A Vikings Trade Suggestion that Could Improve the Defense 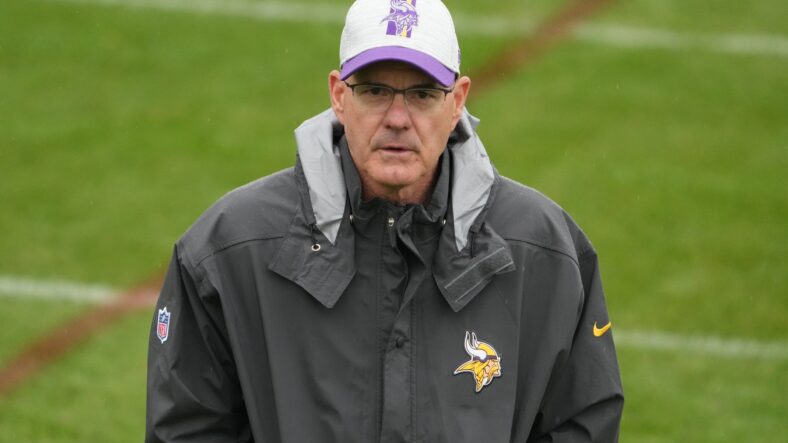 It’s no secret that Minnesota’s pass coverage has struggled at various points in 2022. While we’ve seen some really good things from the two outside corners, the slot position has been much more of an issue. For this reason, the recent Vikings trade suggestion from PFF is quite reasonable.

Brad Spielberger regularly puts out fascinating content, and his recent piece about some trade candidates didn’t disappoint. He suggests that Minnesota ought to consider Denver’s K’Waun Williams. The links between Minnesota and Denver are plentiful.

Take a look at some of what Spielberger had to say:

The Vikings and Broncos are first and third, respectively, in percent of coverage snaps lined up in Cover 6, with Vikings defensive coordinator Ed Donatell holding that position in Denver last season. Both defenses are zone coverage-heavy, so Williams should transition seamlessly. Broncos general manager George Paton was the assistant general manager for the Vikings for almost a decade, another connection between the two clubs that have already traded with each other since he made the move out west in 2021.

Elsewhere, Spielberger notes that the Vikings “have the league’s worst grade for defenders lined up in the slot,” a reality that adds intrigue to his trade suggestion. There’s certainly a fair bit of room to improve at that CB3 spot. The suggested deal would involve Minnesota gaining Williams in exchange for a 5th-round pick.

Williams – who is 31-years-old – ranks as the 46th corner on PFF (current slot starter Chandon Sullivan is 90th). The Broncos corner has piled up 278 snaps in the slot and only 5 out wide, suggesting he’d be an option for almost exclusively along the inside. His run defense score is a healthy 71.9, a number that puts him at 24th among the 96 who are considered.

Financially, the deal makes sense, as well. Over the Cap indicates that Williams currently carries a $2.135 cap hit for the Broncos. After the hypothetical trade, the Vikings could scrounge up the necessary cap room with relative ease.

Not too long ago, I made my own Vikings trade suggestion, highlighting Desmond King II from Houston. The rationale rested in my belief that the Texans won’t compete in 2022, the fact that King is playing on a modest deal, and that there is a need at the slot position for Minnesota. Perhaps Williams is a better scheme fit, making him a more likely target for Kwesi Adofo-Mensah.

After beginning his career in 2014, Williams played for Cleveland. He then went on to San Francisco before ending up in Denver. It’s worth noting that Ed Donatell’s time in Denver doesn’t overlap with Williams. Nevertheless, there is merit in pointing to the similarities in scheme. These similarities alongside Williams’ history give him a chance to quickly adapt to Minnesota.

At 5-1, the Vikings have a wonderful opportunity to snag the NFC North for the first time since the 2017 season. Doing so would guarantee at least one home game, giving Kevin O’Connell’s squad a better chance of making a playoff run.

In other words, Minnesota would be wise to consider the available options. If they can make a meaningful improvement to their defense, then perhaps it’d be worth it to part with a late-round pick.