PPT: Can Harrison Smith Get Back to Elite? 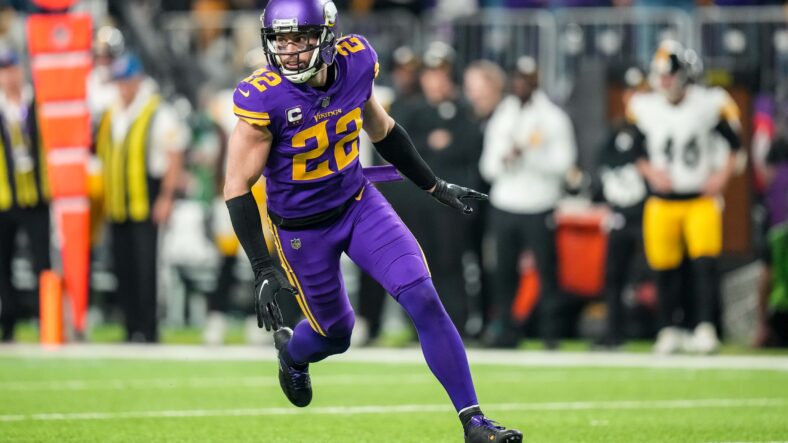 There has never been a point in Harrison Smith’s career when he has been a bad player. In fact, he has always been a good player. At times, Harrison Smith has ascended into elite, such as (but not limited to) his remarkable 2017 season when he finished as the 1st overall safety on PFF.

These past two seasons, Smith has been a very good player. PFF had him as their 14th-best safety in 2020 and 11th-best in 2021. The veteran safety got in on 15 games last season, piling up a career-high 114 tackles. Part of what makes that total even more impressive is that his missed tackle rate dropped to 5.8%, lower than his percentage from both 2019 and 2020. He also had 3 sacks, 5 QB hits, and 3 TFLs.

More concerning, perhaps, are some of his pass coverage numbers. He was targeted 40 times, allowing 29 completions (a 72.5 completion percentage). Receivers averaged 12.7 yards per catch. Getting some improved play from the rest of the secondary will certainly help.

The safeties are going to play a critical role in Ed Donatell’s defense, making a return to elite for Harrison Smith far likelier. If the Vikings resemble Denver from 2021, the defense will begin with a lot of two-high safeties before the ball is snapped. At the last second, the safeties will get moved around based on the situation and play call. Smith will thus get the chance to continue leaning into one of the things that makes him so great: his versatility.

Last season, Smith had 104 snaps along the defensive line and 337 snaps in the box. Not every safety is able to do that, folks. Now partner those snaps with 156 in the slot, 25 out wide, and 426 at free safety. Combined, the snap breakdown depicts a player capable of succeeding all over the field.

Smith is going to be a major part of Minnesota’s defensive resurgence in 2022. Of course, improvement is no guarantee; the team will need to earn a higher standing among NFL defenses. What’s encouraging, though, is Smith’s history of elite play, the new scheme, and better surrounding talent. All of these factors combine to indicate that we may once again see Harrison Smith play at a truly elite level.