College football’s rivalry week is always one of the more highly anticipated grouping of games throughout the entire season. Oftentimes, we find ourselves with matchups that could determine who plays in a conference championship, and sometimes even, the games can determine who plays in the College Football Playoff later this winter.

With the weekend already getting underway, here are three of the best games for this year’s rivalry week.

A matchup so huge, it can only be described as ‘The Game”. Michigan and Ohio State is always one of the most highly anticipated college football matchups of the season, and once again, huge stakes are on the line.

The two teams enter Saturday as two of the top three teams in the country, and the winner of this game likely punches their ticket to the College Football Playoff. Meanwhile, the loser is likely left out of the tournament. The stakes are high, and the anticipation is even higher.

This game between Oregon and Oregon State is one of the classic rivalries in all of college football. It’s one of the oldest matchups in the history of the sport, dating all the way back to 1894.

A win for Oregon likely means a spot in the New Year’s Six, and they could solidify a spot in the Rose Bowl taking on whoever loses the Michigan/Ohio State game. Meanwhile, Oregon State is trying to reverse the recent history of the series as Oregon has won 12 of the last 14 meetings between the two schools.

As for Notre Dame, they’ve reversed what was a horrendous start to the season, and they’ve quickly become one of the hottest teams in the country. They’ve ridden their defense to wins in 8 of their last 9 games, and in that stretch, they’ve allowed fewer than 20 points on four occasions. This will not be an easy win for the Trojans even with the game at home. 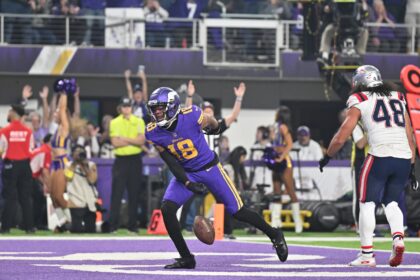