A Vikings Fan’s Viewing Guide to CFB: Iowa State Heads into a Rebuild 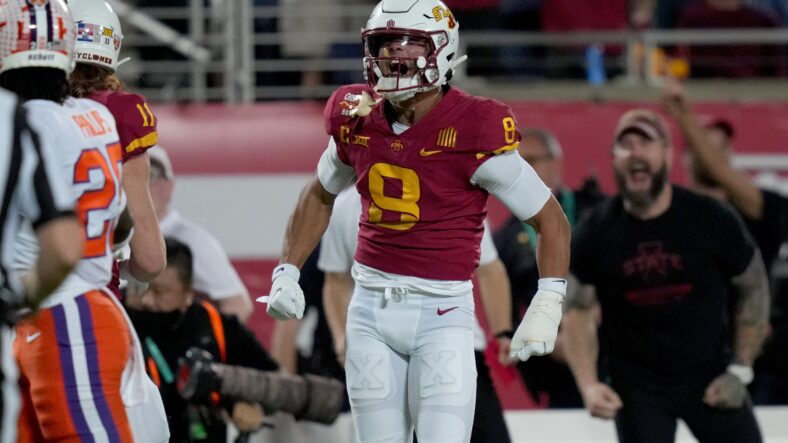 ust like the NFL season is fast approaching, we are nearing the day where college football teams will arrive on campus and begin their own preseason work. As a self-proclaimed NFL Draft nerd, I get almost as excited for the college football season as I do for the NFL season. Because of that, I am putting together guides for many of the notable college football programs ahead of the 2022 season. Whether you’re a seasoned college football viewer, or just getting into it for the first time, there is something here for everyone.

We’ve already gone through many of the major contenders in the AAC, the ACC. and we just finished up with the Big 10. Throughout the past couple weeks, we’ve been going through the Big 12, and as we wrap up our time in this conference, we’ll go over the Iowa State Cyclones.

Iowa State is coming off a rather disappointing 2021 season after their 9-3 campaign in 2020, including a Fiesta Bowl victory over Oregon. Last year, the problems largely laid in some inconsistent offensive performances, especially from stars Brock Purdy and Breece Hall.

That said, this run of success in the Matt Campbell coaching era is unprecedented in Cyclone football history. 2021 marked their fifth consecutive season with 5+ conference wins. Other than 2017-2021, there are only two other seasons with this many conference wins in program history. While Iowa State may be headed to a rebuild in 2022, this stretch of competitive football has been an outstanding success.

Brock Purdy is now a San Francisco 49er, but Iowa State chose to rely on their in-house talent rather than look to the transfer portal. Redshirt sophomore Hunter Dekkers is a former four-star recruit, and he has gotten plenty of time to sit behind Purdy and learn this offense. Now, the big-bodied QB is going to have to carry the offense on his shoulders full-time, but he’ll be throwing the ball to All-Big 12 receiver Xavier Hutchinson.

No matter how many games they win this year, 2022 should be considered a success if Dekkers shows improvement from September to November. The 6’3 235-pound QB has a terrific arm and is a threat with his legs. If he proves to be consistently accurate on his throws, he could be the next QB to continue Iowa State’s run of success.

The Next Cyclone RB

In recent years, the Iowa State program has been terrific at developing NFL running back talent. In 2021, they sent Kene Nwangwu to the league, and he looks fantastic so far with the Minnesota Vikings. Then this spring, Breece Hall was one of the most highly touted players at the position in the 2022 NFL Draft and was drafted in the second round by the New York Jets.

Now, the next back up is Jirehl Brock, who has very limited game experience given how deep this RB room has been. The redshirt junior has just 59 carries through his first three years at Iowa State. With how much the Cyclones struggled to move the chains last year, converting just 36% of their third downs, Brock needs to be the “next man up” for this program to be successful.

With pass-catching tight end Charlie Kolar headed to the NFL, the Cyclones will be relying on junior Easton Dean to jump in and take over that role. Like so many players on this roster, he has not been given many opportunities yet, but he has done well in the few reps he’s had. Dean displays excellent blocking abilities and has soft hands in the receiving game.

The Vikings are in a strange position at tight end right now where they have a potential star in Irv Smith Jr., but he is hitting free agency at the end of the year. Minnesota’s desire to keep him is dependent on him finally living up to all the hype in 2022. Even if he does and the Vikings hand him another contract, there is very little proven depth behind Smith in the Vikings TE room. Dean is an option to keep an eye on in either 2023 or 2024 given how much of a bigger role he looks to have now that Kolar is gone. 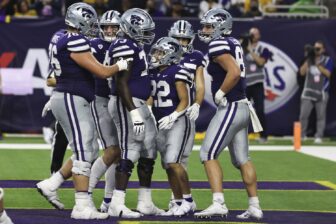