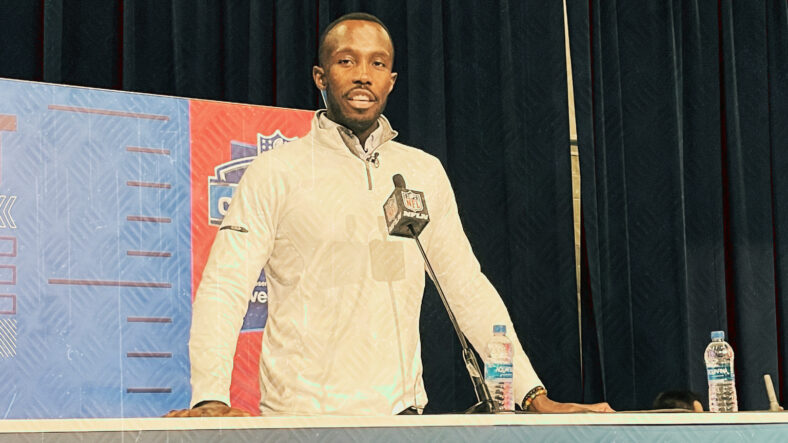 As the 2022 NFL Draft was happening, there were a number of people within the Minnesota Vikings fandom that felt as if their favorite team was too conservative in the draft, that they didn’t really have a great plan, and/or that they were just trading picks for the sake of trading. Well, the Vikings have given us a look into what their draft process as well as their actual war room looked like in this outstanding video released on their YouTube channel. Here are three takeaways from that video.

The Vikings Ended Up Where They Wanted to Be

There were a lot of eyerolls when the Minnesota Vikings traded down from 12 to 32 in the first round. It was a move that seemed very Rick Spielman-esque, and Minnesota fans likely got a little queasy when that happened. However, from watching the video, it’s clear from the jump that the Vikings wanted to be in this area from the end of the first round into the second.

Kwesi Adofo-Mensah referred to the trade with the Lions as their “dream scenario” multiple times, and head coach Kevin O’Connell said that the range they wanted to gather as many “twos”, second-round picks, as possible. This was their goal going in, and they certainly accomplished it with their three selections in the first two rounds.

Some Insight on the New Regime’s Process

Every GM has their own evaluations and charts to map out how to value positions and picks in the draft. They are mostly under wraps as to keep opposing teams guessing. That said, Kwesi did give us a little glimpse into what his thought process is.

Kwesi referred to the draft as “simple economics” and that is what led him to focus more towards the middle rounds of the draft. It makes sense given that there were numerous players that are projected to be starting quality players, including guys like Andrew Booth and Ed Ingram who they got in the second round.

Kwesi Was Chillin’, But He Was Also Learnin’

Something that always draws me to athletes and executives in this sports world is their ability to be relatable. Kwesi does that better than most GMs in the league, and that was no different in the war room. In one of the more comical moments of the video, he answered a phone call by responding that he was “just chillin'”. He seemed like a veteran in that war room, and not someone who was running his first draft. This was just one of those moments.

However, towards the conclusion, he also alluded to the fact that Minnesota’s draft process can always improve. He continuously harkened back to the need to continue to learn and get better. I would say that Minnesota’s 2021 draft was not perfect (I gave them a B+, for what it’s worth), but it was not a disaster by any means. The Vikings are in good hands. 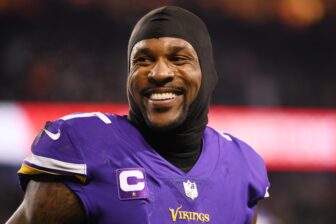