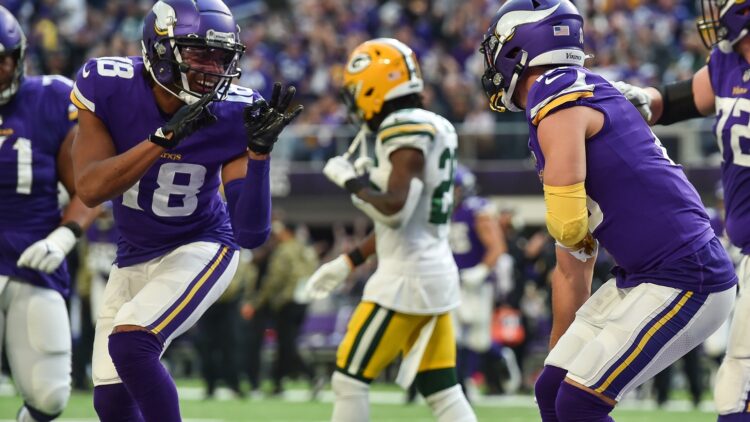 Kirk Cousins’ deal has been taken care of. Now, the team’s leadership will be working on their other highly-paid players. One such player is Adam Thielen, who recently hinted that he will remain with the Vikings.

Take a look at the tweet he sent following the Cousins news:

In the past, I’ve explored how Adam Thielen is a prime cut candidate. There’s just no way the team can pay him the nearly $17 million he’s due in 2022.

Previously, Thielen has acknowledged this reality. A media appearance a few weeks back featured him discussing the tough decisions the team will need to make with their cap crunch. He indicated that he knows he’ll be part of those discussions.

The fact that he tweeted his enthusiasm about chasing the Super Bowl suggests he believes he’ll be back in Minnesota. Whatever conversations have happened obviously haven’t deterred him from wanting to pursue the SB as a Viking.

Kevin O’Conell, then, will likely be able to partner Adam Thielen with Dalvin Cook, Justin Jefferson, K.J. Osborn, and Irv Smith Jr. That’s a legit collection of talent, one that most head coaches dream of having. The focus will fall to K/O to get the most out of them.