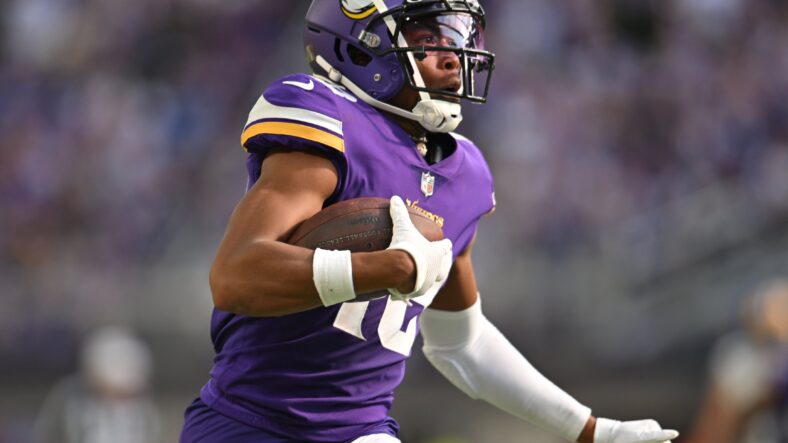 Starting the season 2-0 gives a team a very favorable outlook for the remainder of an NFL season. There have been 27 NFL teams since 2019 to start a season undefeated at 2-0, and 21 of them have made the playoffs, good for about 77.8%. Essentially, if you get off to a fast start, you have a really good chance at competing for a Super Bowl.

So far into the 2022 season, we have just four undefeated 2-0 teams, with a possibility of six after the conclusion of the two Monday Night Football matchups. Here are the four teams that have gotten off to a hot start:

By the end of the night, we could add the Buffalo Bills, and we will add one of the Eagles or Vikings, who each go into their matchup 1-0. That is, unless there’s we see a tie in back-to-back weeks.

Where the Vikings Stand

If there is indeed a victor tonight, there will be only three undefeated NFC teams heading into the third week of the season. If the Vikings can be one of them, especially in an NFC North division that features three 1-1 teams, that creates a huge advantage moving forward. From Week 3 to the Week 7 bye, here are Minnesota’s opponents:

A big upset win in Philadelphia tonight provides reasonable hope that Minnesota could be riding into that bye week at 6-0, or at worst, 5-1. On the other side, a loss doesn’t mean the sky is falling, either. Remember that regardless of what happens tonight, the Vikings have the lead in the NFC North because of their win over the Packers.

On the other side, just as a 2-0 start has essentially punched a ticket to the playoffs in recent years, a slow start has been a death sentence to any playoff hopes. 25 teams started a season 0-2 over the past three seasons, and none of them made the playoffs. If that statistic holds true into 2022, we can cross off four teams from playoff contention right now:

The Tennessee Titans could be added to this list if they lose to the Buffalo Bills during their Monday night contest. This means that by Tuesday morning, we could be in a world where we have to find three different teams to make the playoffs in the AFC, including replacements for the conference’s No. 1 seed in 2021, as well as their Super Bowl representant from a year ago. It also must be noted that the Packers avoided this death sentence with their win on Sunday Night Football over the Bears, 27-10.

Obviously, none of these teams have actually been eliminated yet, and they won’t be until much further along in the season. That said, it’s an interesting exercise to go through and find three brand new AFC teams to make the playoffs. Just like it’s fun to think about the fact that the Vikings could be on the path to a deep playoff run with a win tonight. 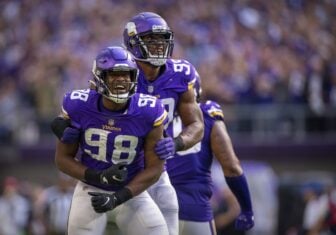