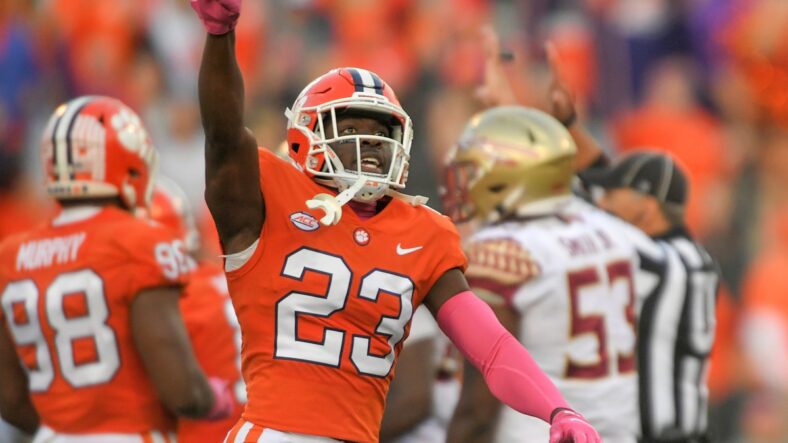 Folks, we’ve made it. This is the final week without any sort of Minnesota Vikings football for the remainder of 2022. Training camp officially begins with rookies checking in next Sunday, July 24th. With that, it’s time to pile up as many of these Vikings training camp predictions as possible before things officially get underway. Today, let’s talk about the rookie cornerbacks.

As seems par for the course with Minnesota, the secondary once again is a question mark heading into the season. However, for once it doesn’t seem a question of whether they have talented players. Instead, they have a large group of players that hypothetically could make the final 53-man roster in September; it’s just a question of who these players will actually be. They have a very nice mix of veterans (Patrick Peterson, Chandon Sullivan), young experience (Cam Dantzler, Kris Boyd, Harrison Hand) and some incoming rookies with high potential (Andrew Booth Jr., Akayleb Evans).

Now, it’s very likely that the Vikings will lean towards Patrick Peterson as the CB1 for the season opener against the Green Bay Packers. He knows how to play at the NFL level, and it may be strange to say that Week 1 is already a must-win game, but if Minnesota wants to compete for a division title, they will need to get an edge on the reigning champs. The Vikings will want to have the most prepared CBs out there for a very important game against Aaron Rodgers.

That said, don’t overlook the impact that Booth and Evans could make on this roster. Both these prospects possess tremendous traits that could allow them to thrive at the NFL level.

Booth was Kwesi Adofo-Mensah’s second-round pick this April, and he brings a tenacious, hard-hitting attitude along with great length and athleticism. If Peterson and Dantzler are starters at outside CB, I wouldn’t be surprised to see Booth get some chances at slot early on this season. Sullivan will probably get the start Week 1, especially considering how much time the Clemson product has missed this offseason, but he’ll get reps.

As for Evans, he has every measurable imaginable for a terrific NFL cornerback. He ran a 4.46 40-yard dash at the combine and displayed his explosiveness with a 36-inch vertical. For a man that stands at 6’2 and 198 pounds, this is terrific. The biggest problem with Evans is consistency. Like Booth, he brings a physical playstyle to the field, but that sometimes gets the better of him. Too often he gets stuck with penalties in coverage by being handsy with receivers.

He certainly needs to improve in this department before seeing extensive playing time, but between being a fan-favorite on social media and his big playmaking ability, he should be a delight to watch during the Vikings training camp. We should see a few stints where he takes the field on defense, but that’s not the expectation Vikings fans should have for the fourth-round pick.

Given his explosiveness and a love for tackling, I would guess the Vikings will give him a role on the special teams. He should see time on both the kick and punt coverage teams. I suspect we’ll see a few highlight plays during this time while he learns how to play CB at an NFL level, but all the traits of an eventual lockdown corner are there. 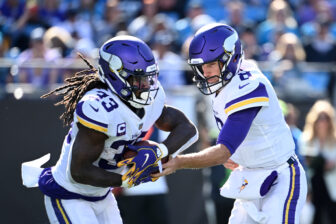