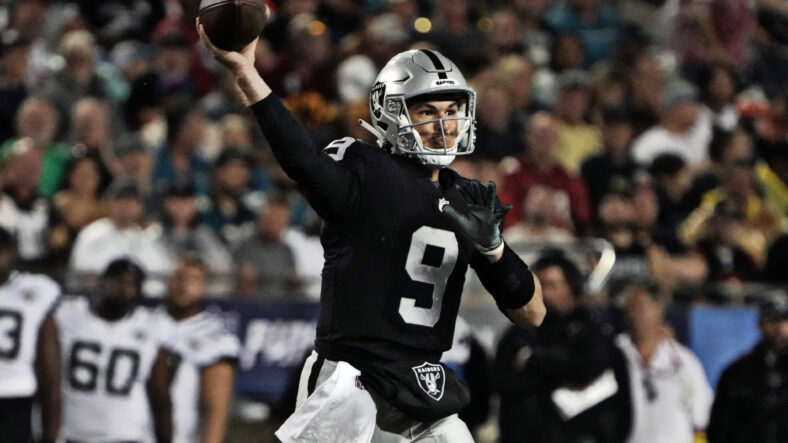 Before the descent from 80 to 53, I put together a roster projection for Purple PTSD. Overall, I think it did reasonably well. That being said, there were some spots where I really got things wrong, so let’s take a few moments to review the good and the bad.

First, though, take a look at a concise list of the roster (with a longer version on the team’s website). Andrew Krammer does so in a couple tweets. He begins with the offense:

And then the defense:

On special teams, it’ll be Andrew DePaola, Greg Joseph, and Ryan Wright. If I didn’t already know Jordan Berry had been cut, then I would have put the veteran into my projection. With that in mind, I really can’t claim the win in the special teams portion of things.

On offense, I nailed it for the RBs, WRs, and TEs. However, QB and OL are a different story. I really did believe they’d keep Kellen Mond, largely because of him being the 66th selection in the 2021 draft. Along the OL, I thought that Austin Schlottmann and Vederian Lowe would both be cut; I didn’t foresee the Jesse Davis trade.

In other words, the offensive portion of the Vikings roster projection was a mixed bag. Some good and some bad.

The defense is similar. I accurately predicted EDGE, MLB, CB, and S. Where I got it really wrong is at DT. I didn’t foresee Jonathan Bullard, James Lynch, and Ross Blacklock on the 53-man roster. In fairness, few would have predicted Blacklock since he came through a trade, but the point remains: the DT portion of things didn’t go great for me.

I’m still very surprised that the team has moved on from Armon Watts, who is a good player. Truthfully, I question whether we’ll look back at the Watts cut with a certain degree of regret. He’ll get an opportunity elsewhere and likely play really well.

Cutting Jaylen Twyman and T.Y. McGill was a surprise. Alas, Bullard and Lynch must provide something that the other two don’t. Perhaps they offer more flexibility, a bit more ability as defensive ends in Ed Donatell’s 3-4. This is mere speculation, not ironclad analysis.

In the end, Minnesota did what it believes is best for their chances in 2022. At times, my projection accurately predicted what that’d mean for the Vikings roster, but there were a number of spots where I was misguided.

Sports can be unpredictable, which is part of what makes it compelling. Many are expecting the Vikings to be merely average in 2022. Hopefully, Minnesota surprises a lot of fans and analysts alike by putting together a great year.