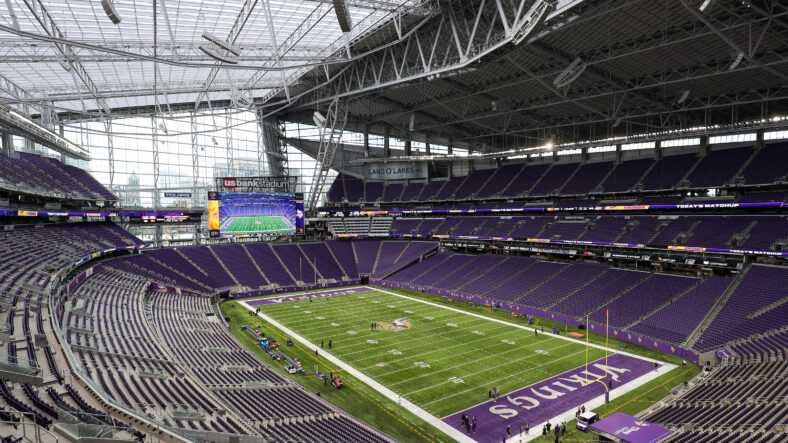 The first game of the 2022 NFL season is in the books. The Bills helped Minnesota by snagging a victory over the Rams, a team many are expecting to be at the top of the NFC.

We can now firmly look ahead to what the Vikings will do this season.

I went to a handful of writers for Purple PTSD, hitting them with five fill-in-the-blanks preditions. At the end, I offered a chance to briefly expand on a point or two. Take a look at what I sent along:

Below, you’ll find the answers from Josh, Dustin, Cole, and myself.

The Vikings season could very well come down to how well they do in the two games against the Green Bay Packers. The New Year’s game at Lambeau looks like the game that decides the NFC North.

I think we look at this 2022 Vikings team much the same way as the 2017 Rams. It’s a coaching staff maximizing the roster they have before putting the final touches on a Super Bowl contender in Year 2.

I’ve already done some bold predictions, so I’m tossing out a new one: Smith is an All Pro. Either first or second-team counts. It’s time for a non-QB to win the MVP Award. Donald may be the league’s best overall player.