The Vikings’ Roster Has Lots of Center Depth 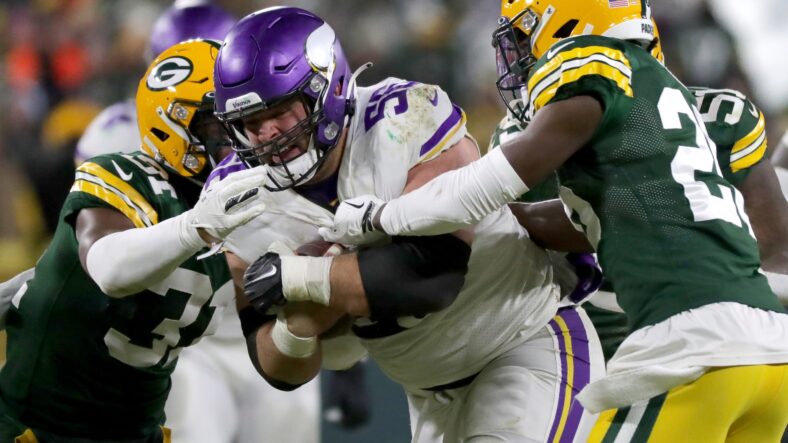 Coming into training camp and the preseason, I projected that Austin Schlottmann would be cut. Even after his reasonably strong preseason, I thought the Vikings would keep Garrett Bradbury and then have Chris Reed as their main backup. The Vikings center depth would thus consist of their former first-round pick and the veteran they signed in the offseason.

I ended up being wrong.

Indeed, the Vikings opted to keep Bradbury, Schlottmann, and Reed. Reed, unfortunately, had to battle through an injury during the offseason. As a result, he wasn’t able to compete in the same way as many of the other offensive linemen. Regardless, he was able to snag a spot on the roster, allowing the veteran to keep fighting for playing time as the season unfolds.

Making things even more crowded is the presence of Josh Sokol on the practice squad. Taken together, the Vikings have four players capable of playing center, meaning there is plenty of depth.

Bradbury is going to be the Week 1 starter unless something peculiar happens. Kwesi Adofo-Mensah has been pulling off a lot of trades, so perhaps someone else gets added.

The likeliest scenario, though, is that Minnesota’s 2019 first rounder will be snapping the ball to Kirk Cousins when Green Bay arrives. It’ll be a challenging game for Bradbury, largely because of the elite talent in GB’s front seven. Kenny Clark is among the game’s most underrated players; the Preston Smith/Rashan Gary edge rusher pair is going to be a handful.

Last season, Bradbury finished as the 29th-ranked center on PFF with a 60.2 grade. Schlottmann didn’t have enough snaps to get an official ranking, but his 44.3 grade is uninspiring. Reed had a 67.2 grade, but that was as a guard.

Making the switch to center isn’t easy, folks. I’m not trying to suggest that Reed can’t do it; rather, I’m insisting that we ought not assume that some success at guard means success at center. It remains to be seen if Reed could be the C1 in Minnesota.

The upside for the Vikings is that they have a lot of center depth. Mason Cole was able to fill-in last year, doing a solid job in the opportunity he received. Perhaps there will again be need for a depth player to step up. Maybe there won’t be an injury, but the increased competition may allow for better performance from whoever is starting.

The Vikings are entering the 2022 season with a lot of optimism. The skill on offense is one of the main reasons for hope, but we know that a poor offensive line can undermine tremendous skill. Hopefully, Minnesota’s decision to keep plenty of depth will help to solidify the interior of the offensive line.