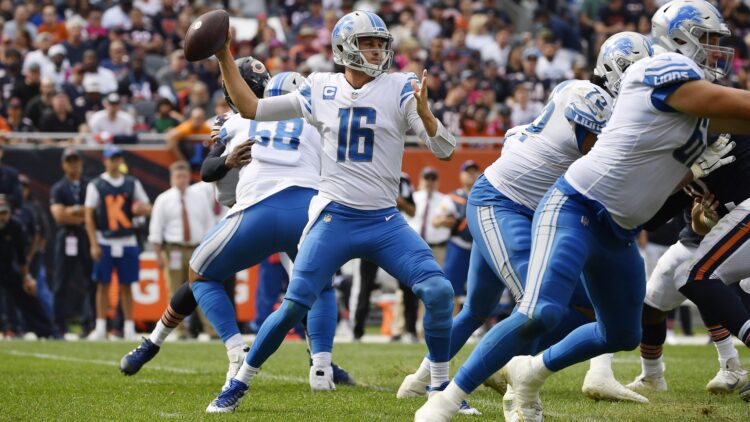 Fresh off a last-second win against the Vikings, Detroit travelled to Denver in an attempt to snag their second win of the season. Their effort fell well short of the goal. Ed Donatell’s group continued their strong play from the week before. This time, it led to a win to get the Broncos back above .500.

In theory, overcoming Goff’s Lions shouldn’t be too challenging. The Vikings showed us otherwise, but Denver didn’t demonstrate the same foibles. The former Rams QB finished the game 24/39 for 215 yards, 1 TD, and 1 INT. Much of the yards came once the game was already decided.

This game served as another reminder that the safeties will get a chance to make a lot of plays. The weak point in this defense, by design, is toward the outside. Teams thus attack the flats. It falls to the middle linebackers and safeties to get there for the tackle (with the corners commonly rushing forward to support; Cameron Dantzler will do well). Harrison Smith, Lewis Cine, and Camryn Bynum are going to be very, very involved in this defense.

In the video below, you’ll see the pressure off the edge force Goff to step up into the pocket. However, DT Dre’Mont Jones is beating his man as that’s occurring, allowing the defensive lineman to take Goff down. As the tweet suggests, Jonathan Cooper did a lot to help his teammate. Having Danielle Hunter and Za’Darius Smith being such a threat off the edge will allow Armon Watts, Dalvin Tomlinson, and Harrison Phillips make more impact plays. Getting a strong push in the middle to coincide with pressure off the edge can make life nearly impossible for the QB.

Detroit was dealing with a lot of injuries in this one, but so too were the Broncos. Donatell’s ability to elevate depth – both young and old – is impressive. Some have concerns about what Minnesota will do if some of the defensive starters go down, though it’s notable that Donatell got so much from his group. It bodes well for the Vikings in 2022.

The Lions were able to find room on the ground. They didn’t have D’Andre Swift or Jamaal Williams (both of whom are underrated). Craig Reynolds turned 11 carries into 83 yards. Earlier, I mentioned that middle linebackers and safeties are asked to make a ton of plays. Below, you’ll see a middle linebacker and safety do a poor job tackling. The result is a long gain for Detroit.

Last season, Eric Kendricks missed an unusually high amount of tackles. Harrison Smith only missed seven. Donatell will be leaning on the two veterans to be two of the best tacklers in the Vikings defense. Otherwise, the task falls to the other safeties and Jordan Hicks at MLB.

Detroit, to their credit, called a great play for Goff’s TD pass. Take a look:

This example is a matter of Detroit outcoaching Denver. Kalif Raymond – #11 for the Lions – is sent in motion before the play. Kyle Fuller is matched up one-on-one, forcing the corner to quickly run through his defense since he expects Raymond to continue to the opposite side. Instead, Raymond hits the break before moving back toward the left sideline. Meanwhile, the Lions receiver is running a clear-out route to open room. The corner is stuck in no man’s land and the middle linebacker can’t get to the receiver in time. Touchdown Lions.

It was a perfect red zone play. Minnesota will need to be careful in these moments. Teams will try to use their strengths – like a competitive man coverage play call – against them.

Denver won the game 38-10. It’s an outcome that indicates both sides of the ball were strong. Ed Donatell’s guys did a nice job of overcoming some poor run defense. They were clearly the better team against a Detroit Lions group that is in the middle of a full rebuild.

At 7-6, the Broncos had a legit shot at pushing for the playoffs. Their next game comes against the Cincinnati Bengals.