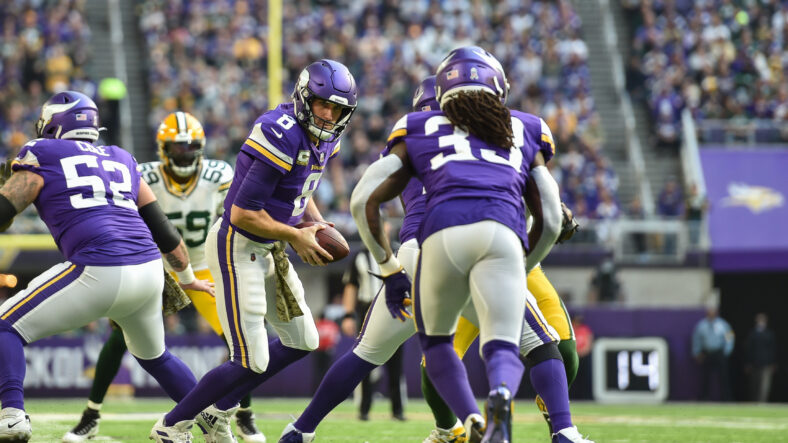 As many have discussed, Dalvin Cook has failed to stay healthy for an entire season during his NFL career.

It’s this history that brings us to the Dalvin Cook paradox. The basic idea is that it’s plausible that less Cook can mean more Cook. Allow me to explain.

Playing RB in the NFL is an incredibly difficult thing to do. Football is a physical sport, and there are very few positions (if any) that take a greater toll than running back. It should be unsurprising, then, that many RBs begin to struggle with their health as they advance in their 20s. Being able to avoid putting the vast majority of the work on one single player can help keep people healthy. Many teams choose to rotate several RBs.

Minnesota, thankfully, has tremendous depth at running back. Alexander Mattison recently attracted a lot of trade interest, an indicator that he’s held in high regard around the league. He’s capable of being an NFL starter. In Minnesota, he’ll likely be tasked with somewhere around 8-10 touches per game. If he shows he’s a capable pass blocker, then he could even take on a lot of the third downs.

Behind Mattison is Kene Nwangwu and Ty Chandler. I, like many others, was encouraged by how both played in the preseason.

Previously, I’ve suggested that Chandler may even be the third RB on the Vikings’ depth chart. I know that the team’s website says something different, but I wonder how things will work out in an actual game. Nwangwu is so important to kickoff return that I wonder if Chandler gets more touches on offense. The rookie showed really great balance and explosiveness in the preseason.

This brings us back to Dalvin Cook. He’s entering his sixth season and has a long history of injury. When he’s healthy and playing well, there aren’t too many players who are more talented.

He can glide on the football field, smoothly changing directions as he eludes defenders. He is also a tough runner and very competitive. Clearly, his team appreciates his leadership since he’s one of the captains.

Kevin O’Connell’s offense has tremendous depth at running back. Shouldn’t the team make an effort to use it?

Indeed, the paradox is that limiting Cook’s touches in each game may help to keep him healthy, thereby allowing for more games where he can play. We’ll get a sense for how O’Connell deploys his RBs when the Packers come to town this Sunday.