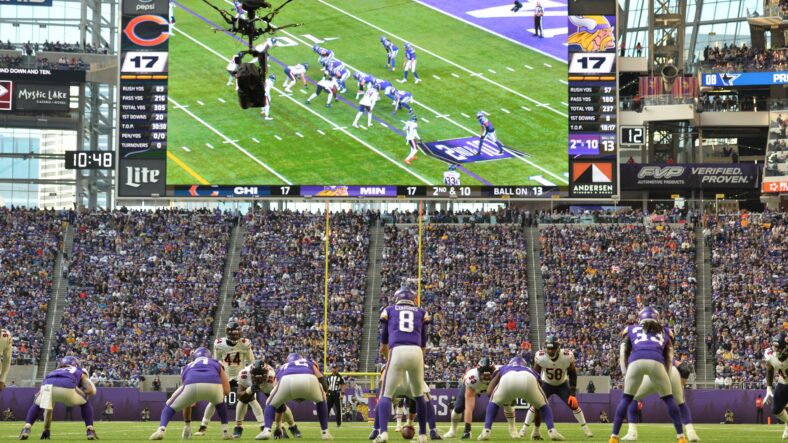 The time has come! Week 1 is upon us, and this is usually the time for Vikings fans to temper expectations because of the fear of failure.

However, with a new regime and new energy, fans need to take on a new attitude. No more living in fear, no more expecting heartbreak. This team has all of the tools to be a Super Bowl contender and to win the NFC North.

If we want the Vikings to finally bring the Lombardi home, we need to believe in the team that’s in place, and I’m here to tell you that this is a team worth believing in. Put your heartbreaking memories aside and expect a competitive, fun, and – most importantly – winning football team.

The first test comes this weekend against Green Bay.

The Offense Is Dominant

We can sit here and “ooh” and “aah” over the great Aaron Rodgers, or we can finally say Kirk Cousins should have a better season than Rodgers. The weapons that Cousins has are flat out better than what Rodgers has…significantly.

At running back, the Packers have AJ Dillon and Aaron Jones, but Minnesota has Dalvin Cook and Alexander Mattison. Kene Nwangwu and promising rookie Ty Chandler make it possibly the deepest group of RBs in the league. The receiver room undoubtedly favors Minnesota with Justin Jefferson leading the way.

Offensively, if the Vikings are not better than Green Bay, that’s a problem. This team is equipped to dominate on offense.

The Defense Will Be Better

Defensively, there’s no denying that Green Bay is loaded. Their secondary is more proven than the Vikings group with guys like Jaire Alexander, Adrian Amos, and Darnell Savage. However, the Vikings had a whole offseason to address a bad defensive unit, and it gave Danielle Hunter time to come back from injury.

Their two biggest offseason acquisitions were on that side of the ball in Harrison Phillips and Za’Darius Smith. Jordan Hicks joins Eric Kendricks at the linebacker spot, as well. This defense should be significantly improved from last year, but Green Bay’s might be a tad better. Either way, it’ll be much closer than in 2021.

As for the Vikings, they just traded for Jalen Reagor to strengthen their punt return game and add more depth to the wide receiver room. Greg Joseph has been on fire this preseason, including hitting a 58-yard field goal in their last preseason game. He gave no reason to doubt him going into this year.

Everything is set up for the Vikings to win this division. The Detroit Lions should be better, but not quite great just yet; the Chicago Bears are rebuilding.

No more being pleasantly surprised. We as one of the best fan bases in the league need to support our team by believing in them, not doubting them.

I fully expect the Vikings to win this division, and to start off by beating Green Bay, who is already dealing with a banged-up Allen Lazard in a thin wide receiver room. Don’t be surprised if the Vikings finish 12-5 or better this season, and it starts with a win on Sunday at U.S. Bank Stadium.