The State of the Vikings: Week 12 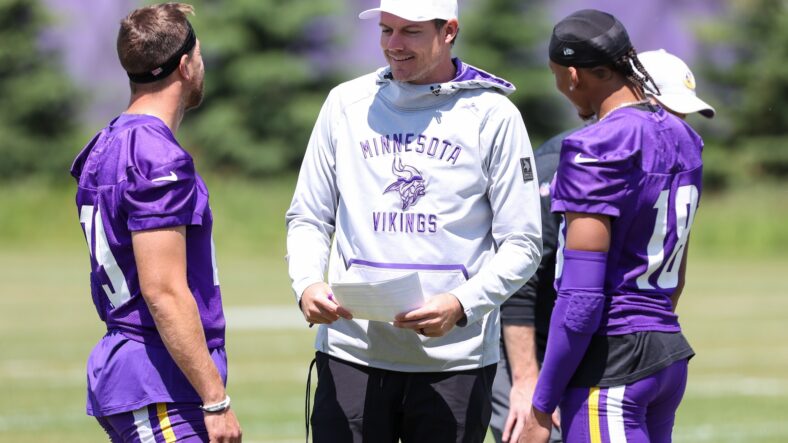 The State of the Vikings: Week 12

This is Episode 167 of VikesNow, a YouTube channel devoted to daily Minnesota Vikings analysis. This episode examines the state of the Vikings through 11 weeks.

Particularly, the Cowboys mess, the upcoming Patriots, and the 8-2 record are discussed.

The State of the Vikings: Week 12 — Watch Below

The Dallas Cowboys gutted the Vikings in Week 11, 40-3, courtesy of utter domination in all phases and generalized lifelessness from the Vikings offensive line and defense. After the fact, there was indeed a hangover caused by the win over the Buffalo Bills in Week 10.

Wide receiver Justin Jefferson recorded just 3 catches, 33 receiving yards, and no touchdowns in a game where the young playmaker had virtually no impact after the 1st Quarter. Jefferson is now on pace for 1,858 receiving yards, a dip from his last-week 2,000+ yard prognosis.

The Vikings are three-point favorites at home against the New England Patriots in Week 12, a team that beat the New York Jets on Sunday, 10-3. New England owns the NFL’s best defense and is somehow better than the Cowboys defensive grouping that just limited the Vikings to three points.

The Packers lost again in Week 11 — a home failure against the Tennessee Titans. Their playoff hopes are all but vanquished. The Vikings are the No. 2 seed in the NFC behind the Eagles and would host a home playoff game versus the Seattle Seahawks if the playoffs started today.

Minnesota’s offensive line has a few days to conduct some soul-searching because it was loathsome against the Cowboys. And the Patriots pass rush will grant no reprieve.

A 2-5 or 1-6 record the rest of the way would plop the Vikings in the postseason. Of course, winning the division is preferred, but subpar football, as a worst-case scenario, would net a playoff berth. That’s the perk of an 8-2 start. The Vikings have a 99% probability of reaching the postseason, per FiveThirtyEight.

The Vikings have lost five straight games against the Patriots, although Tom Brady was at the helm in all five of those contests, and he doesn’t work in New England anymore. Instead, Minnesota gets its first peek at Mac Jones. 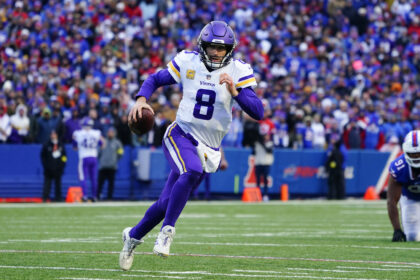 Also Read:
The Vikings Week 13 Game Could Be Flexed