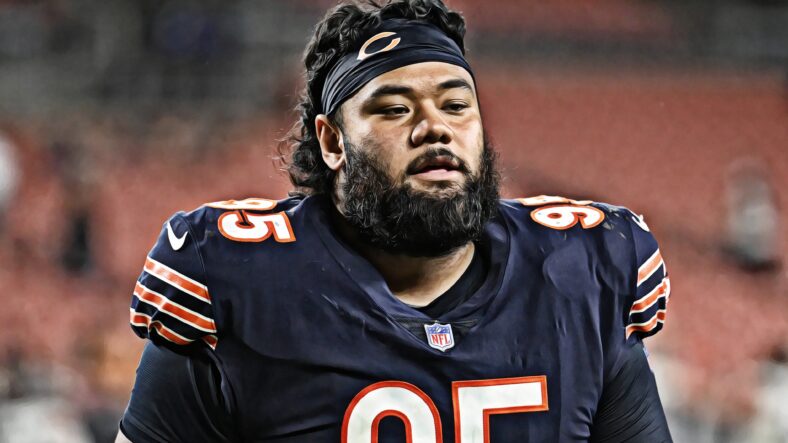 The following questions are about current Minnesota Vikings topics, answered by PurplePTSD. Today is the October 6th edition, addressed in a from-the-hip fashion. If you have questions, please email them to DustinBakerNFL@gmail.com.

Q: Doesn’t it feel too good to be true that the Vikings have a clean injury report?

Losing Lewis Cine was brutal for him, the team, and everyone. And Thomas Hennigan, Bisi Johnson, and Kenny Willekes are on Injury Reserve (mentioned for reference). Andrew Booth and Za’Darius Smith were limited at practice on Wednesday but should play Sunday.

Aside from that, yes — this is an incredible span of luck (or good training staff) through four games. The Cine injury negates many pristine vibes, but such is life.

Q: Will it merely take time for Danielle Hunter to get up to speed in a 3-4 defense or what?

Vikings defensive coordinator Ed Donatell said about Hunter on Thursday, “Every guy that has ever made this transition, his first month looks a lot like that. There’s a getting used to this role. It’s very, very normal.”

If that is to be believed, the monster version of Hunter should theoretically unleash this weekend.

A: No, probably not.

He’s not listed on the Vikings depth chart, but that could be a “late to the party” oversight for the Vikings digital media team. So, for now, he seems to be on the active roster. No news had indicated a practice squad assignment.

We don’t believe he’ll play this weekend. All the power to him if he does. Overall, as a 2021 rookie, he has time to grow and develop with the Vikings. And it’s about time the Vikings plucked a former Bears player — Chicago has nine former Vikings on its roster.