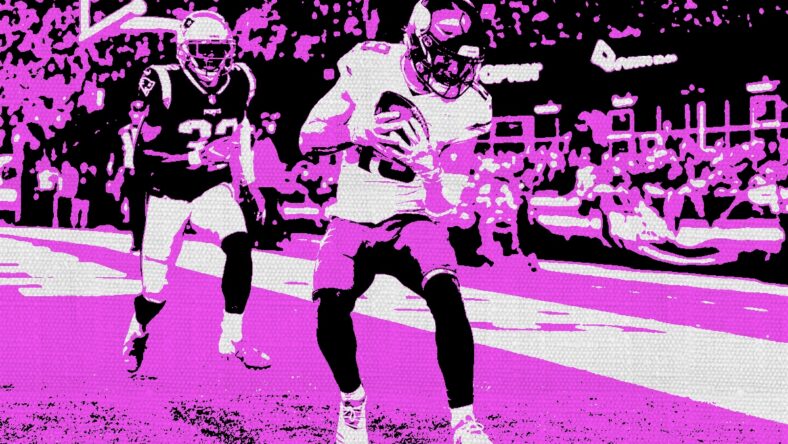 The following questions are about current Minnesota Vikings topics, answered by PurplePTSD. Today is the November 22nd edition, addressed in a from-the-hip fashion. If you have questions, please email them to DustinBakerNFL@gmail.com.

Q: How about a Vikings-Patriots prediction?

A: We predict a Vikings rebound — in a squeaker, of course — and the team topples New England, 20-16.

Indeed, everyone is afraid of the Patriots defense — they should be — but New England isn’t constructed like Dallas on offense, nor anywhere close to it. The Vikings should be able to stifle the Patriots offensive advances while presumably focusing on offensive improvements after the horror film from Week 11.

We believe the Vikings are a good football team and not some 2016-like squad waiting to fall off the face of the earth. Accordingly, a home victory is in order, and Minnesota will edge New England.

Q: Where can the Vikings turn with CB injuries to Cameron Dantzler, Akayleb Evans, and Andrew Booth?

The Vikings added Duke Shelley mere days before the regular season began, and unbeknownst to everyone, the man may start in Week 12. Thankfully, the Patriots WRs aren’t gangbusters, so “if there was ever a team” to trot out reservist corners, it’s New England.

Shelley played well against the Buffalo Bills and should get the nod if Dantzler, Evans, and Booth are unavailable. Otherwise, it’s Kris Boyd or a practice-squad member.

Q: Which teams near the #6 or #7 seed would you most like the Vikings to play in the first round of the playoffs?

A: It doesn’t really matter, as we believe the Vikings can handle all current comers near the bottom of the NFC Playoff picture — New York Giants, Seattle Seahawks, Washington Commanders, or Atlanta Falcons.

The Falcons would probably be the easiest, but they are unlikely to make the dance. So, pull a name out of the hat, and let Minnesota have at that team. The Giants, Seahawks, and Commanders are all beatable in Round 1. 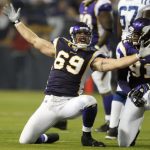