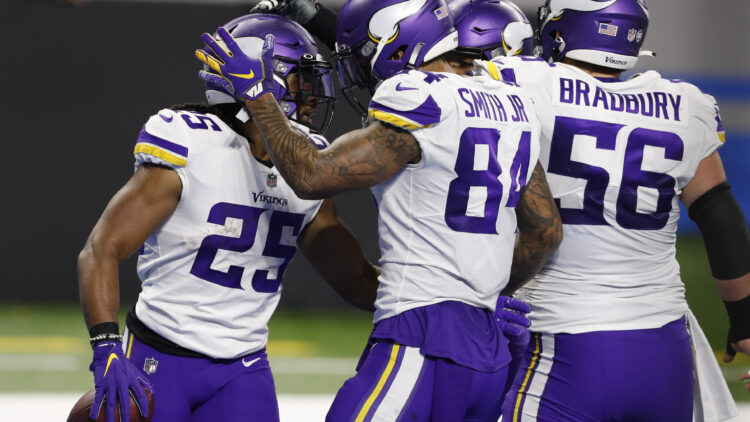 The following questions are about current Minnesota Vikings topics, answered by PurplePTSD. Today is the May 30th edition, addressed in a from-the-hip fashion. If you have questions, please email them to DustinBakerNFL@gmail.com.

Q: What is your most reasonable but shocking roster prediction for the 2022 Vikings?

A: This criterion is tricky because some predictions might seem obvious to some but stunning to others. So, we’ll go with a list of reasonable-but-shocking roster theories:

Too many? Too bold?

Not all of those will come to fruition, but they’re feasible.

Q: Which Vikings players could win Comeback Player of the Year?

A: There are two candidates — Danielle Hunter and Za’Darius Smith.

Hunter has missed 26 games in the last two seasons. Smith missed almost all of the 2021 season. Accordingly, if one or both men wreak havoc this season, they’ll register some Comeback Player of the Year attention.

For better or worse, those are really the only two men eligible for the award unless the Vikings sign a free agent this summer who didn’t play much in 2021.

Q: Why did the Vikings let Jayron Kearse go so soon? He seems like he’s good.

With the Vikings in 2019, he was arrested for DWI and illegal firearm possession. That is the only theory on why Minnesota made no serious push to retain his services.

Kearse will attempt to prove once again this season that he’s not a fluke down in Dallas.