Questions Answered: A Goodbye to Once Promising Viking, Tonga Mania, Bears in Week 5 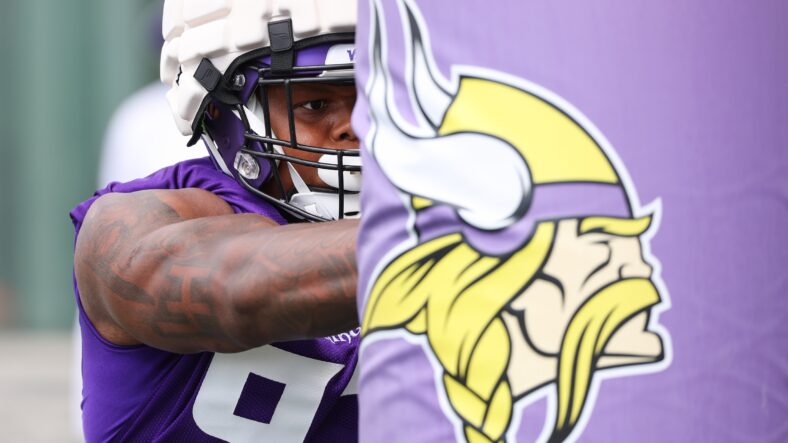 The following questions are about current Minnesota Vikings topics, answered by PurplePTSD. Today is the October 4th edition, addressed in a from-the-hip fashion. If you have questions, please email them to DustinBakerNFL@gmail.com.

Q: With Jaylen Twyman released, is that the end of the road for him with the Vikings?

A: With the Vikings, yes, probably.

A release from a team’s practice squad is typically a player’s end of the line, but Twyman could latch on elsewhere. His story is courageous — he was shot multiple times in the summer of 2021 — was forecasted to perhaps make the Vikings 53-man roster but wound up on the practice squad.

Twyman was once theorized as a high-round draft pick. Now, we wait to see where he goes for a second act.

Q: Who’s the new guy from the Bears?

He played in 15 games for the Bears last year as a rookie, starting on two occasions. All told, Tonga played 216 defensive snaps as a rookie.

The move for Tonga is not yet official but is imminent.

Tonga was selected in the 7th Round of last year’s draft, nine spots away from Mr. Irrelevant, Grant Stuard of the Tampa Bay Buccaneers. He had a 52.1 Pro Football Focus grade in 2021 and was actually with the Falcons, not the Bears, this season before joining the Vikings.

Q: What do the Bears actually do well as a team?

A: A couple of things, actually.

Foremost, the Bears run the ball effectively, ranking 11th in the NFL per rushing offense DVOA. Then, their special teams are the eighth-best unit through four weeks, per DVOA.

They’re also decent on defense, credited as 15th-best per Football Outsiders. But via passing the ball and the rest of the offensive intangibles, Chicago is a trainwreck.