PPT: Do The Vikings Have Any Chance at The NFC North? 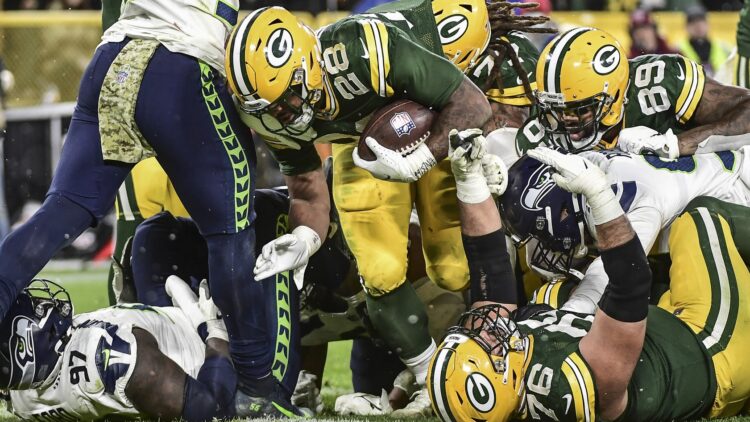 A primary goal for the Minnesota Vikings is to win the NFC North. Is that actually realistic, though?

For the past three seasons, Green Bay has been triumphant in the NFC North. Before the three-year stretch, it was Chicago that sat atop the North. The 2017 season was the last time Minnesota won the division. Since then, it’s been one playoff trip, though that came as a wild card team following 2019. Otherwise, Minnesota has been on the outside looking in.

The Packers are the favorite heading into the year. The receiver subtractions will almost certainly hurt their offense, and it remains to be seen if Aaron Rodgers will be as dangerous as usual. He’ll likely be relying on running backs Aaron Jones and AJ Dillon quite a bit. He’ll then have to turn to some combination of Allen Lazard, Christian Watson, and Randall Cobb at receiver. A lot of fans are focusing on Watson – their second-round receiver – but Lazard is probably the favorite to take over as the #1 WR. If I’m in a fantasy league, I’d be targeting Lazard.

The Bears are no threat to the division. Their main goal in 2022 is to see growth from Justin Fields and to secure a high pick in the 2023 Draft. Success won’t involve piling up wins. Instead, it’ll be about the development of young talent and the acquisition of more high-end young players following the season.

Detroit, meanwhile, will likely be a tough team to beat. They took down Minnesota late in the season after the Cameron Dantzler coverage lapse, one of the worst defensive plays you’ll see. As long as Jared Goff is under center, Detroit won’t be in contention. Nevertheless, they’ll be a tough team to beat. Minnesota narrowly won in their first meeting and then lost the second, so there isn’t much room for Vikings fans to be overly haughty when it comes to the Lions.

Taking the NFC North will require the Vikings to be both opportunistic and quite lucky. Green Bay’s offense may struggle early; Minnesota needs to respond by building a lead in the division, especially in their Week 1 matchup. Injuries can undermine a season pretty quick, so Minnesota will obviously be hoping that the vast majority of their players can play the full season. If these two things happen, Minnesota will have a chance coming down the stretch.

If everything goes perfectly, the Vikings could find themselves at 12-5, a record that would likely be good enough to win the NFC North. The safe money, though, is on the Vikings pushing for a Wild Card spot.