PPT: Can a Depth Defender Step Up? 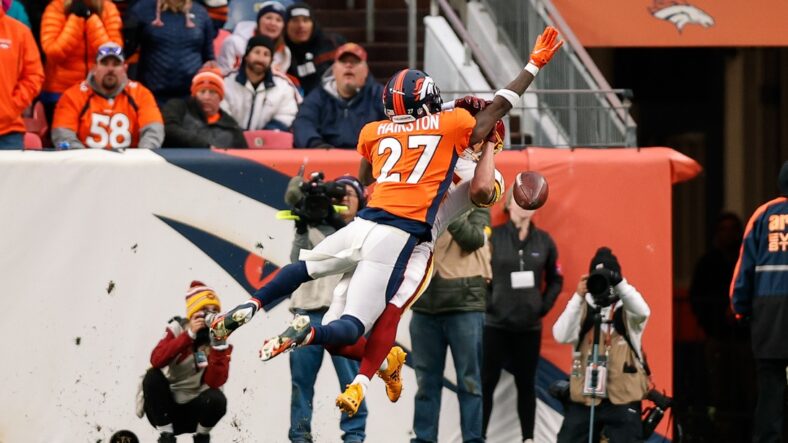 Getting unexpectedly strong play from a backup defender would be a welcome development for Minnesota. The starting lineup – led by Danielle Hunter, Za’Darius Smith, Eric Kendricks, Patrick Peterson, and Harrison Smith – offers a lot of upside, but many of the main names are older. There are a number of depth players on defense who could provide the Vikings with quality snaps.

Take a look at some of the names to consider. The rookies have an “r” in brackets beside their name:

The above list isn’t exhaustive. Instead, it’s merely a sampling of players who have a chance at being better than expected in 2022. Any of the nine could plausibly become contributors.

Of the names listed, I’m most excited about Twyman, Asamoah, and Hairston. The last of those three – Hairston – may even challenge Chandon Sullivan for the starting slot spot. He made several strong plays for Denver last season, leading to an impressive 76.0 coverage grade on PFF. He had 105 snaps in the slot and 22 out wide. We’ll need to see if he can thrive in an expanded role.

Part of the unfortunate reality in football is that injuries occur. Teams must prepare for their starters missing time. One thing that is encouraging is that Denver was able to be one of the league’s top defenses in 2021 even though they lost a lot of players to injury. Some combination of scheme and individual player development led to some good moments for guys like Baron Browning, Caden Sterns, and Jonathan Cooper.

Ideally, Ed Donatell can replicate this success in Minnesota. If that occurs, we’ll see several young depth players provide the Vikings with some great play.