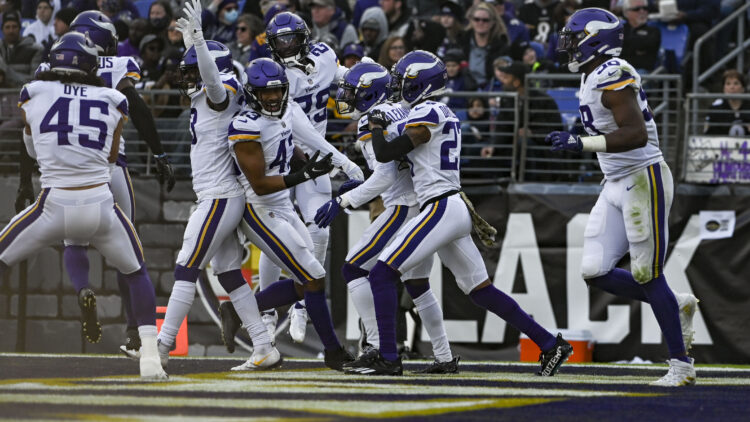 A lot of the focus has been on the most recent draft picks. Lewis Cine, of course, stands out as the main name, though there has been plenty of discussion of the other picks. One wonders, though, if it’ll be the Vikings sophomores who make the more notable contribution in 2022.

First, a refresher. People looking for a complete reminder of Minnesota’s draft history can find one on PFR, but let’s take a look at the 2020 draft:

All together, there are eleven sophomores for the Vikings (at least ones who were drafted). Darrisaw will be the starter at LT. How well he does is more uncertain, though recent analysis suggests he can be really strong. He looks like the only second-year player who is the clear favorite to start.

Perhaps the next best is Bynum, someone who’ll need to fend off this year’s first-round pick to be a starter. If he loses that competition, Bynum will still see the field quite a bit. There has been a lot of talk about playing with three safeties at once, so the young safety will find a prominent role regardless. Otherwise, Nwangwu will be the starting kick returner. Everyone else looks to be competing for backup duties.

Several players are fighting for their roster spots. Can the team really justify keeping Surratt, Davis, and Davidson? None of them made an impact as a rookie. Recently, Josh Frey suggested that Davis was in danger of being cut, and it’d be hard to disagree. Currently, he doesn’t look like much of a contender in the RG competition. One thing that may help him is the lack of depth at center. If he shows he can snap, Davis may be kept in case Garrett Bradbury goes down.

Of course, a lot can change between now and Week 1. Perhaps a couple of the Vikings sophomores surprise us. I, for one, have high hopes for Smith-Marsette. It’s also plausible that one (or both) of the young edge rushers – Jones and Robinson – can push D.J. Wonnum for the OLB3 job. Twyman, moreover, might be able to earn snaps as a pass-rushing 3T/5T.

One final thought. The new coaching staff and management team won’t feel the same loyalty to the sophomores as the previous Vikings leadership group. For this reason, we can likely expect to see at least a couple of these players cut from the 53-man roster.