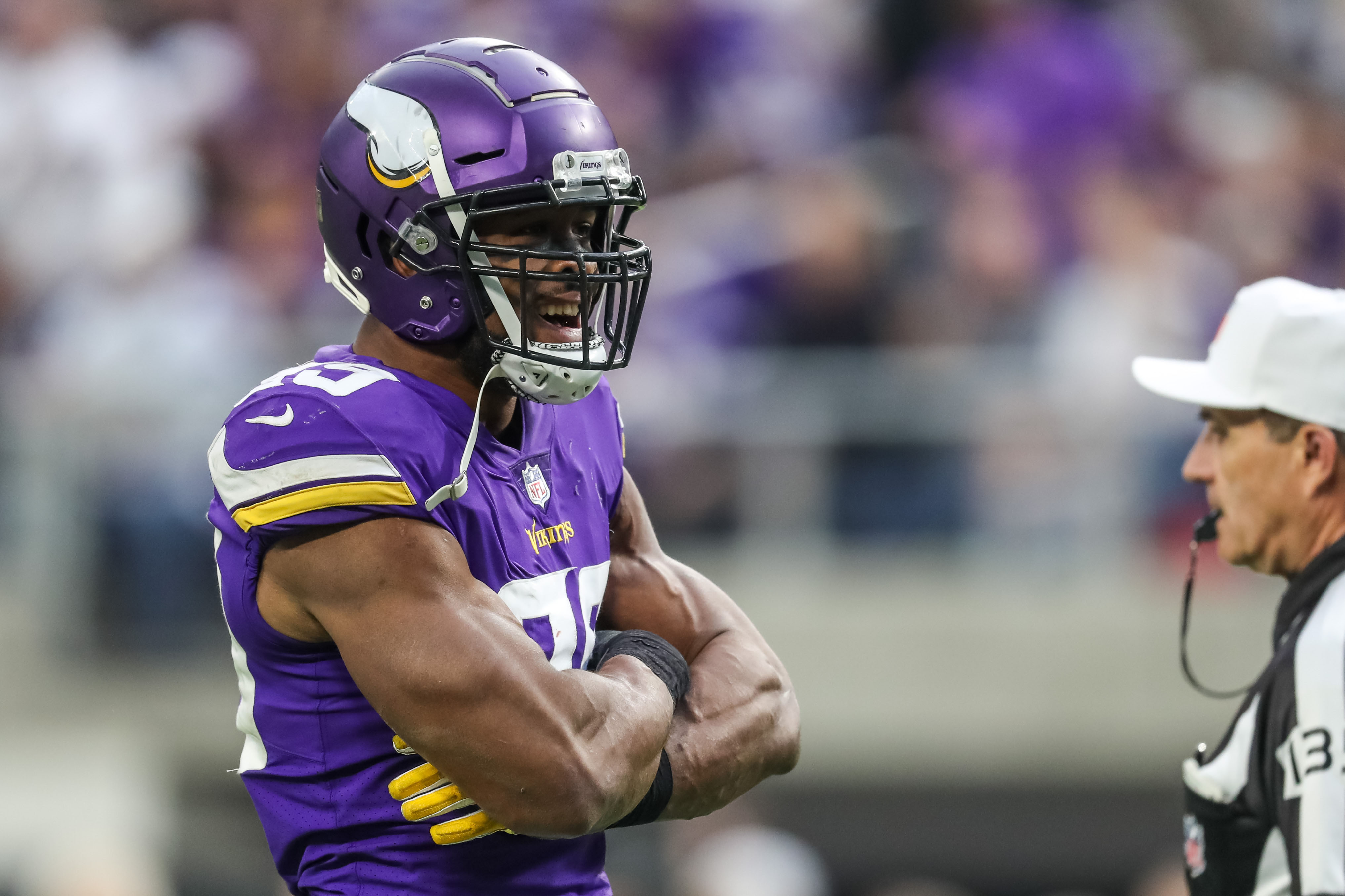 Danielle Hunter may be this team’s most important player.

True, the QB1 will need to elevate his game, and Justin Jefferson will have to continue being elite. At corner, the hope is certainly that Patrick Peterson is at least a rock-solid CB2. New additions like Za’Darius Smith, Harrison Phillips, and Jordan Hicks will play important parts in the drama that is the Minnesota season. Nevertheless, we might still conclude that Minnesota’s star edge rusher is the team’s most important player.

Having a truly top-tier edge rusher is like having a great first-line center in hockey or an ace pitcher in baseball. It’s possible to succeed without having these players, but most championship teams have them. Someone who can have an every-game impact at one of the preeminent positions helps everything else to fall into place. Just as a great center takes on the top matchups – allowing players lower in the lineup to have an easier time – a great edge rusher demands a ton of attention from strong blockers. As a result, other players on defense will find easier matchups.

It’s easy to forget that Danielle Hunter was putting up remarkable numbers prior to two injury-filled seasons. Even as a 21-year-old rookie who didn’t start, Hunter put up 6 sacks. The next year that number jumped to 12.5. Before the serious injuries occurred, Hunter had consecutive 14.5 sack seasons.

There was no guarantee that he’d be back with Minnesota in 2022. Kwesi Adofo-Mensah could have reasonably chosen to move on since it’s a risky move to pay so much money for a seemingly injury-prone player. There must have also been opportunity to trade him (though one has to think that the offers weren’t great given the injury concerns). Instead of moving on, Adofo-Mensah decided to keep the young edge rusher. In so doing, the team signalled its desire to compete this season.

The Vikings’ front seven has a chance to be dominant. Much will depend on the health of several players, especially veterans like Eric Kendricks, Za’Darius Smith, and Danielle Hunter. It’s not hard to envision a scenario, though, where that defensive front turns into one of the best in the NFL. Provided most players reach their potential, a healthy Hunter could be enough to push this defense back into the NFL’s elite.