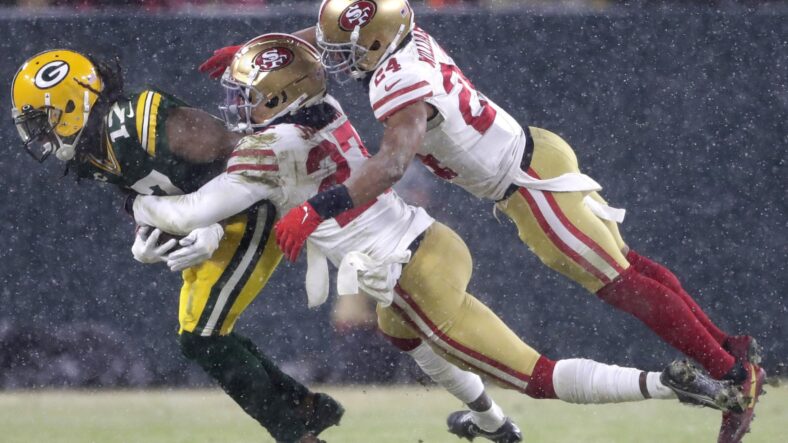 Count me as being among those who were shocked by the news that Davante Adams will now be catching passes from Derek Carr in Las Vegas. Rather than retain Aaron Rodgers’ top weapon, the Packers shipped him to the Raiders for their 1st and 2nd in this year’s draft. It’s a fair amount of draft capital for a receiver who is already 29, and yet it’s supremely difficult to replace elite talent. What does all this mean for the Packers and the Vikings?

Indeed, this situation likely has many wondering what this means for the NFC North. In a broad sense, not a ton. The Packers remain the favorite to take the division.

Nevertheless, there is a glimmer of hope, one that points to a more plausible path toward a division win and home playoff game.

The Lions, God bless them, aren’t going anywhere. I won’t be shocked if they’re good in a couple years, but 2022 won’t be their year. The Bears are fortunate to have new leadership in place, and it’s very possible that Justin Fields takes a large step forward. Even still, it would be shocking to see them contending by the end of the 2022 season.

That leaves two teams: the Vikings and Packers.

Minnesota’s free agency has been moving pretty slowly. The most notable additions are Horrible Harry and Jordan Hicks. Greg Joseph and Jordan Berry are returning. Otherwise, it has been depth moves. These are positive additions, but they aren’t massive factors in Minnesota’s chances in the upcoming season.

Losing Adams really does make life considerably more difficult for the Packers. The crazy thing is that he could have returned to GB and instead chose Derek Carr over Rodgers: “Demovsky would report that the Packers matched the Raiders’ offer, but Adams wanted to head to Las Vegas to team up with his former college quarterback, Derek Carr. Demovsky would also add that Aaron Rodgers was aware of the developments.”

Now, it’s worth noting that this means the Packers have more money and draft capital. They could use those extra resources to bring in a lot of talent. At this stage, though, it’s all potential. Draft capital means nothing if it results in a player who doesn’t make a difference. As Vikings fans know, a first-round receiver could be Laquon Treadwell or Justin Jefferson, so the Packers will need to be wise in the upcoming draft.

Currently, the Packers are the favorite. Let’s see how things shake out the rest of the way. I don’t expect it, but perhaps the Vikings will be able to make some noise in the North.