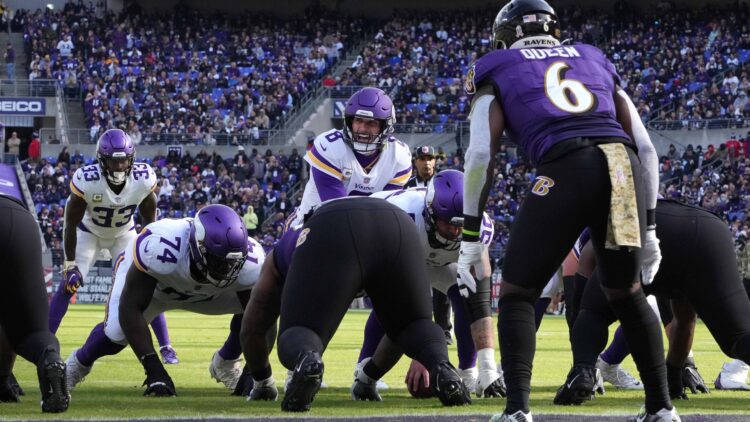 Every so often, it’s good to reach out to others to see what they think of our favorite purple team. Free agency, the draft, and the initial stages of the offseason program are now behind us. Many of us are thus looking ahead to training camp & preseason, the on-ramp to the highway that is the NFL season.

It’s this timeline that has prompted me to reach out to a handful of Vikings writers and podcasters to get their perspective. I hit them with a question that invites them to reflect on what will be needed to see the Vikings do something they haven’t since the Minneapolis Miracle. In a perfect world, the 2022 season will be even better than the 2017 one. Take a look at the question I sent along:

Fill in the blank: The Minnesota Vikings will not only make the playoffs, but also go on a deep run if_________.

The Keys to A Deep Playoff Run

Danielle Hunter stays healthy. I feel like the easy option here is to talk about the offense or Kirk Cousins. But Hunter is a guy who has a lot to prove heading into the season. After two very injury-plagued seasons, he’s back and fully healthy. There was speculation this off-season that maybe the Vikings were entertaining trade offers for Danielle, but ultimately they doubled down on their star defensive end and paired him with another electric pass rusher in Za’Darius Smith. Combine this with the fact that the Vikings are switching to a new defensive scheme, which Hunter is also excited about. I think everything is lining up for him to have a fantastic season. It’s really easy to look at Justin Jefferson, Kirk Cousins, and the offense and get exited about how they can elevate their game under Kevin O’Connell. But we should give some attention to Danielle Hunter, who I believe is going to make a big impact on whether this team is successful this upcoming season.

They remain healthy throughout the season and post-season, convert at least 85% of field goal attempts, and see some improvement in the offensive line and defensive pressure rate. They have the roster to make a deep playoff run, but they need to stay healthy. They could still make the playoffs after losing 1-2 non-QB key starters, but going on a deep run would be more difficult.

The Minnesota Vikings will not only make the playoffs, but go on a deep run if Danielle Hunter and Za’Darius Smith stay healthy. At their best, they can take games over and Smith has leadership ability that transcends on-field production. Hunter was on fire to begin the 2021 season before getting injured. Hopefully he avoids the injury bug and is extra motivated coming off of two frustrating injury-filled years.

The secondary is young, too. A ferocious pass rush would be their best friend as the young guys mature in the back end.

The Vikings have made some flashy moves this offseason between their new-look coaching staff, turn-coating rival players to the good side, and through some unconventional drafting.

Hidden in all of this is the hope for a far-improved run defense with signings like Jordan Hicks and Harrison Phillips. The Vikings ranked among the bottom-five in opposing yards per carry during 2021.

When you play as many one possession games as Minnesota has in recent years, winning time of possession is vital, and you can’t do that with a poor group of run-stoppers, leading to the team ranking 25th in TOP during 2021 at 29:07 per game.

If the Vikings improve their run defense in 2022, their time of possession should naturally improve. By holding the ball more, they have a better chance at winning these close games, and Minnesota could be one of the contenders come playoff time.

New head coach Kevin O’Connell is the real deal. The Vikings need an identity more than anything else. Former head coach Mike Zimmer gave the team an identity the drifted away just as fast as it came to fruition.

If O’Connell emulates the Rams offense, the Vikings are going to be a scary team in the playoffs regardless of where the defense is ranked. Additionally, there is no shortage of weapons to work with on offense. He is inheriting a handful of players who produced terrific numbers despite playing in an offense that endured a revolving door or offensive coordinators.

The Minnesota Vikings will not only make the playoffs but go on a deep run if Kirk Cousins changes his mindset when throwing the football. When we debate how good Kirk Cousins is. the ability to throw the football has never been an issue. The point of contention has always boiled down to his conservative nature. He doesn’t want to make throws that might be considered risky. Jay Gruden talked about how Cousins always wanted things to be “perfect” and that’s just not how the NFL works. You must take calculated risks and decisions to take your team to the next level. Some quarterbacks make those without the arm talent and some don’t make those with the arm talent. Cousins falls into the latter end of the spectrum and it has hindered his offenses from really taking off. I am very skeptical that a 34-year-old quarterback can change how he is wired, but it appears that the Vikings and Kevin O’Connell believe that they can do just that. The Packers game at US Bank Stadium last season gave us a glimpse of what that could look like and it looked pretty good. He also said after the game that he needed to play more conservatively, even though the passes he was referencing were completed. That’s why I am so skeptical. Only time will tell and anything is indeed possible, but I am firmly in the camp that this is a .500 football team.

The Minnesota Vikings will not only make the playoffs, but go on a deep run if the offensive line performs at an average or better clip. Vikings fans have pretended for a few years that the team could contend with a patchwork pass-protecting line. The results speak for themselves. Situational defense must improve, too, but the conversation-starter on becoming a contender starts upfront with pass-blocking of a notoriously porous offensive line. If the offensive trenches are “same ‘ol, same ‘ol,” the team will finish in the 8-9 ballpark again.

One of the great benefits of this kind of exercise rests in the variety of perspective we get. Some combination of the QB, OL, edge rusher pair, new head coach, health, special teams, and run defense can lead to a deep playoff run for these Vikings. Some of these things won’t work out, but the hope is that most do.

From my perspective, the key will be the play of the front seven. I’m thinking especially of the pair along the edge, Danielle Hunter and Za’Darius Smith. If both can remain healthy, I – like most – expect them to be among the league’s preeminent pass rushing duos. Their ability to create problems on passing downs makes the entire defense considerably better. The other components of the front seven – the iDL and middle linebackers – will also need to be very good. If successful, that defense will be much better than last season’s, giving this team a chance to go far.