Minnesota Has a Few Options To Create More Cap Space 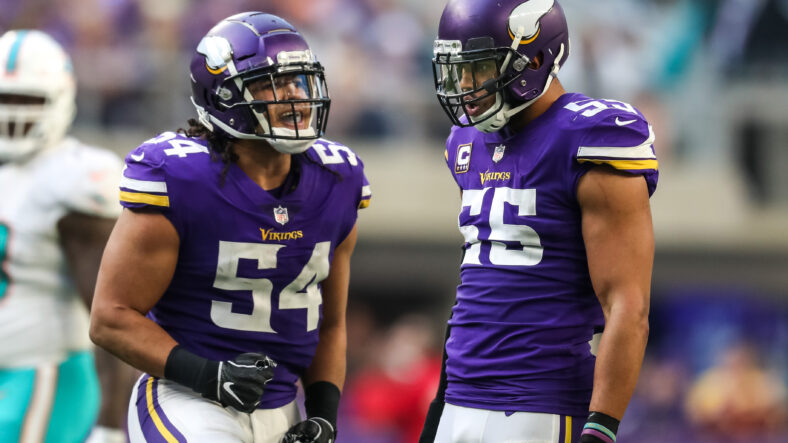 The draft is done, just as the 1st & 2nd waves of free agency are done. The mistake people make is assuming that this means teams are done bringing talent in. The reality is that free agency will extend throughout the offseason, giving teams the chance to bring aboard talent that hasn’t yet put pen to paper. Do the Vikings have enough cap room to work out another deal?

Currently, Over the Cap puts the Vikings at more than $12.2 million under the cap. Keep in mind, though, that a lot of that seemingly free money is already committed, with the most obvious example being to the rookie draft class. It’s also worth remembering that it’s unwise to head into a season with no cap space. Injuries happen, so teams commonly need to sign a player or two during the season.

All of this leads me to the main point: the Vikings have the capacity to create more cap room if necessary.

Imagine, if you will, a world where Minnesota looks to improve at center. Perhaps J.C. Tretter is someone who they want to bring in, and yet there are concerns about cost. The Vikings could create more cap room by trading the current starter, Mr. Garrett Bradbury. Doing so would free up a little more than $2.25 million. Recent history suggests that depth centers can get a 6th or 7th.

One also wonders if C.J. Ham’s roster spot is safe. Yesterday, the team announced that it was bringing in FB Jake Bargas, who has been with the team before. Might Minnesota look to the cheaper option? Cutting Ham frees $1.95 million. I didn’t believe Ham would survive the initial round of cuts, but he has proven me wrong. The team does value what he brings to the table, and yet it’s tough to ignore the potential cost savings.

Finally, the Vikings could look to restructure a deal or two to find more cap room. Eric Kendricks is perhaps the most obvious name to consider. Redoing his deal could create more than $4 million.

Kwesi Adofo-Mensah, in all likelihood, is still supremely interested in improving the roster. The key will involve maintaining his future flexibility. In other words, if a veteran gives them a better shot at 2022 contention without impacting things a year or two from now, then expect the purple GM to be interested.