Pertinent Purple Topics: Will Kicker Be a Weak Point? 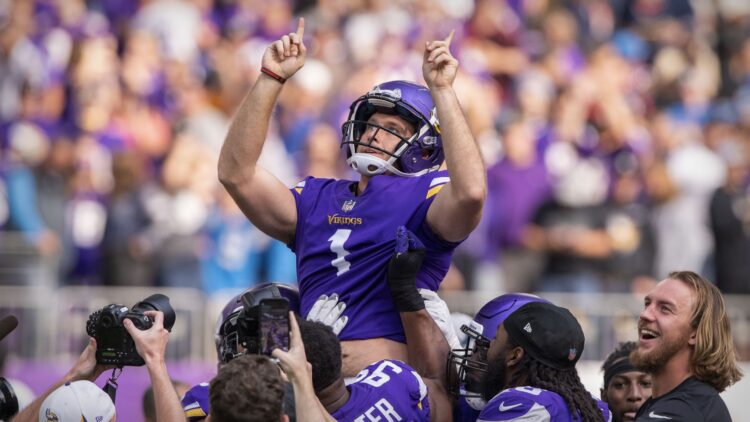 Gabe Brkic was supposed to provide the competition for Greg Joseph. Instead, Brkic was cut and then promptly signed by the Packers. Joseph now looks like the clear-cut favorite to once again be the purple kicker. Will he be good enough for Minnesota to win in 2022?

In our recent article where we asked Vikings writers and podcasters about a deep playoff run, Warren Ludford of Daily Norseman highlighted the kicking situation as something to monitor for success. While no one is saying kicker is as important as QB, corner, or edge rusher, Ludford is right to suggest it’s very important. This team will struggle without getting timely, clutch kicks.

Beating Arizona with that last-second FG in Week 2 might have changed the trajectory of the Vikings’ season. How different are things if they head into the bye at 4-2 instead of grinding their way to 3-3? That miss was one of the worst of Joseph’s season. To his credit, he didn’t allow the miss to sink his year. Instead, he bounced back to have a mostly strong 2022.

Overall, Greg Joseph did a pretty nice job. Going 33/38 on FGs and 36/40 of XPs is solid but unspectacular. It’s also noteworthy that he had a 80.9 touchback percentage. In other words, more than 4 out of every 5 kickoffs resulted in the opposition being unable to return the football. PFF has Joseph as their first overall kicker in the kickoff department.

The veteran kicker is playing on a one-year deal. Personally, I’m really pulling for him. He showed great resilience bouncing back from that miss in Week 2. If he thrives this season, the hope is that he can sign a deal that keeps him in town for a while so he can continue kicking at a high level.