Minnesota’s Pass Rush is at Full Strength Heading to Philly 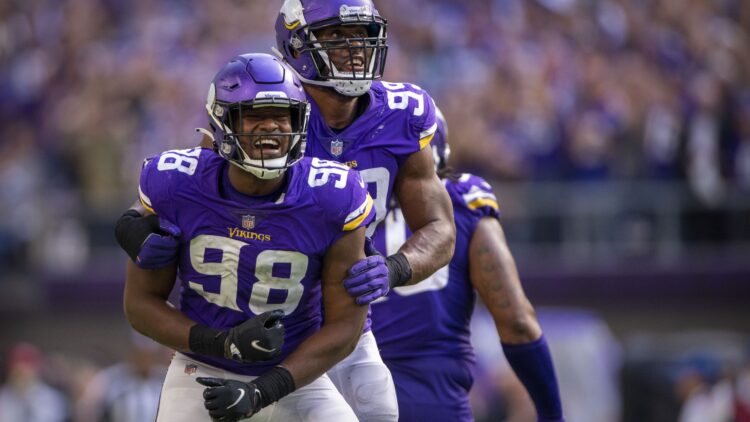 Last week, we learned that D.J. Wonnum was one of the few Vikings on the injury report. Thankfully, he looks like he’s ready to roll, so Minnesota’s pass rush will be at full strength.

We’ve spent a fair amount of time talking about Philadelphia’s offense. Jalen Hurts gets a lot of attention since he’s so capable of running and passing. Ed Donatell has indicated that his team will need to have a multifaceted approach for containing him (which can include a QB spy). However, the challenge doesn’t end at Hurts. Philly has an elite offensive line; they also have plenty of skill. Miles Sanders, A.J. Brown, DeVonta Smith, and Dallas Goedert are a formidable top 4.

As a result, it’s crucial that the defense is ready to play in Week 2. It’s difficult to envision them winning the game unless Minnesota’s pass rush plays excellently.

The Vikings (and their fans) are obviously hoping for great days from Danielle Hunter and Za’Darius Smith. Simply having the two starting edge rushers dominate the game from start to finish is a great way to gain an advantage. Forced to guess, though, and I’d say things won’t be so easy. Again, Philly has a great OL, so Donatell will likely need to help his players.

Having a good rotation can keep the guys fresh. Plus, we should look for how Donatell shifts his pass rushers around. Donatell has probbaly been spending some time trying to find winnable matchups. Overloading the pass rushers on obvious passing downs is another thing to monitor (like in the video below).

Wonnum can complement the starters, just like he did last week. He was listed on the team’s injury report, but he was a full participant on Saturday.

In the above video, a couple things stand out for Minnesota’s pass rush.

Hunter is able to get Aaron Rodgers moving. Green Bay’s QB thus had to scramble toward the right sideline as he tries to find a man. Jordan Hicks steps up, prompting the QB to hold onto the ball for a touch longer. Meanwhile, Wonnum has come off his blocks and continued his pursuit. As I’ve watched the play, I’ve wondered if he moved faster than Rodgers anticipated. He closed the gap pretty quickly, ending Green Bay’s drive with the huge sack.

Folks, it’s the kind of play that has a huge impact in the game’s outcome. Take a look at the score and time on the clock. A touchdown drive from the Packers would have made things far too close for comfort.

Both the Eagles and Vikings are coming into the game with the same 1-0 record. Both are looking to push that record higher, and it’s safe to say that each side is looking for their pass rush to be disruptive. After all, Minnesota has its own elite offensive talent and Philadelphia has its own impressive pass rush.

The game begins tonight at 7:30. It’s a game that will give us an early sense of who is emerging as a contender in the NFC. 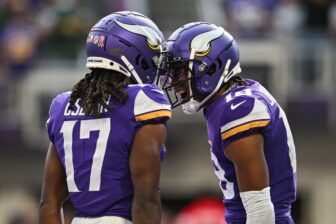