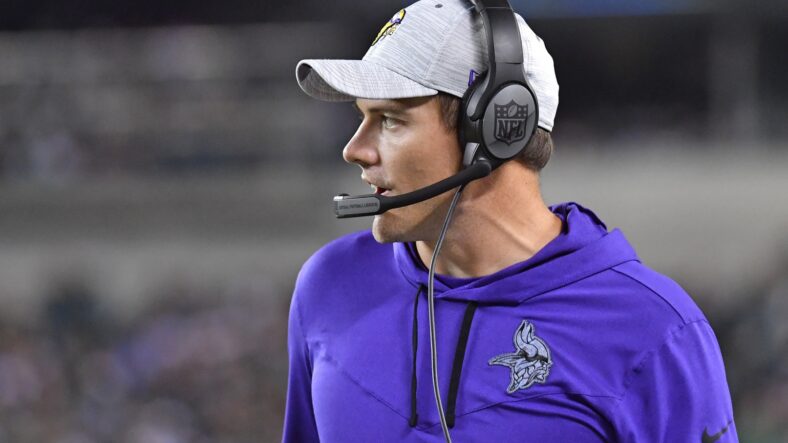 Through two games of the regular season, Dalvin Cook has been eerily quiet in terms of his production. He managed to gain over 100 yards from scrimmage in Week 1 against the Packers, but this was largely a product of the Vikings running the ball trying to burn clock. Against the Eagles, Cook was held to just six carries and 17 yards. Following the game, Kevin O’Connell dropped a Mike Zimmer-esque quote during Wednesday’s press conference that, if you’re a Vikings fan, you’ve heard many, many times.

“I would’ve liked to run the ball earlier in the game.”

As ironic as this quote may be given that O’Connell was hired to revitalize the Vikings offense from Zimmer’s old scheme, there’s reason to feel this way. The Vikings ran the ball just 11 times on Monday night…and Kirk Cousins had two of the rushes on his way to a team-high 20 rushing yards.

Part of this had to do with the fact that the Vikings were playing from behind for most of the night. However, when the defense can expect a pass on over 80% of their opponent’s snaps, it makes it that much harder to move the ball.

In the first half of the game, Dalvin Cook and Alexander Mattison combined for just four carries. As much as the Vikings went to just Jefferson throughout Week 1, Cook and Mattison had five carries in the first quarter. In order to consistently win games, the running game is going to have to be much more involved, whether that is Cook, Mattison, or even a guy like Ty Chandler.

Moving forward for the Vikings and Kevin O’Connell, this game should largely be viewed as a learning lesson for a new head coach and a new scheme. This feels like a much fixable problem for the Vikings than, say, the debacle happening in Denver right now. O’Connell’s first chance to right this wrong comes on Sunday against the Detroit Lions. 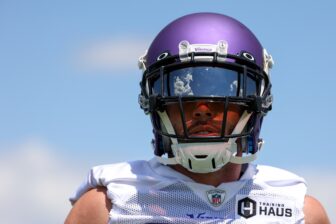