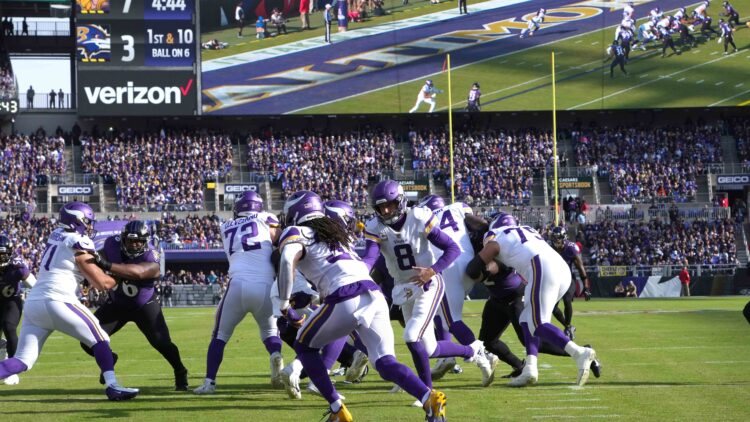 To begin his Top 100 NFL players list, Pete Prisco correctly states that “Stars win in the NFL.” Having great talent throughout a team’s roster is crucial for success. While coaching matters a ton in football – it’s a highly strategic sport – a major talent deficiency is often the death knell for a team’s chance at the Super Bowl. The Minnesota Vikings aren’t shutout in the top 100 list, but the inclusions point to some issues.

First, the players who made it. Three Vikings find themselves in Prisco’s list, and the names shouldn’t come as much of a surprise:

Some notable Minnesota Vikings find their way into the “honorable mentions” portion of the top 100 piece. Both Kirk Cousins and Danielle Hunter get included. The four most important positions in football are likely QB, corner, EDGE, and OT. Not getting anyone in for these positions is notable.

Minnesota’s performance, of course, isn’t bound by an offseason list. Perhaps Cousins goes out and has the best year of his career, finally attaching his great statistics to a great record. Hunter, if healthy, will almost certainly be a tremendous pass rusher, someone who demands constant attention from the offense. Both players can have a disproportionate impact since they both play such important positions.

Ranking Cook at 41st seems generous, though one could certainly argue that Smith and Jefferson deserve to be higher. If the third-year WR replicates his 2021 season, there can be little debate that he’s a top 3 NFL receiver and likely a top 10 player. I’m expecting somewhere around 100 catches, 1500 yards, and 10 TDs. I expect Smith to have a great year. He’ll be featured very prominently in the Donatell defense.

For what it’s worth, the Vikings have several players who could very reasonably force their way into a top 100 conversation, so Minnesota certainly has potential. Za’Darius Smith, Eric Kendricks, Adam Thielen, and Brian O’Neill all have the capacity to see their names alongside the game’s best.